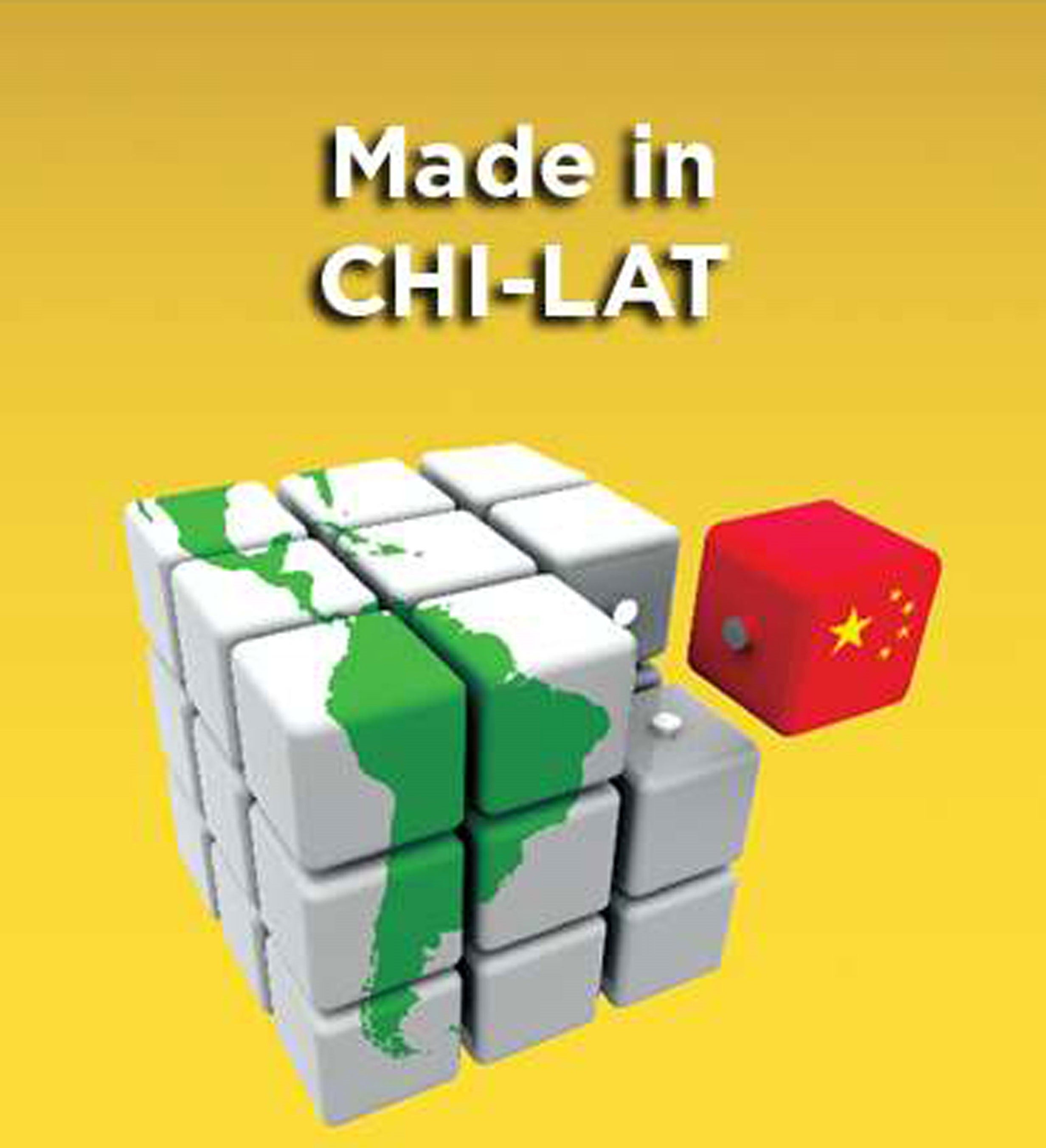 At a seminar at INTAL-Lab, academics who specialize in the bilateral relations between Latin America and China analyzed the recent transformations the latter has been undergoing and how these might impact the former.

What lessons can we learn from China? How is China’s growth and its “new normal” impacting Latin America? What are the main trends to come over the next few decades and how can we prepare for them?

On June 8, 2016, a seminar was held at INTAL-Lab that was organized by the Institute for the Integration of Latin America and the Caribbean (INTAL) (link in Spanish), part of the Integration and Trade Sector (INT) at the Inter-American Development Bank (IDB), together with the Center for Asian Legal and Political Studies at Austral University. The event included the presentation of the latest issue of the Integration & Trade Journal, “Made in CHI-LAT”, which focused on identifying keys to renewing the convergence between Latin America and China.

The event was presented by INTAL director Gustavo Beliz, who stressed the need to seek a regional relationship with China that maintains current bilateral relations but also moves beyond these. Mr. Beliz argued that diversifying the regional export basket to China is essential to paving the way to greater social inclusion.

The next speaker was Wang Liang, commercial attaché at the Chinese Embassy in Argentina, who described recent bilateral relations and underlined that the convergence of bilateral interests has grown in recent years. He argued that China will continue to support development in Latin America and bilateral cooperation, while fostering more balanced trade. To achieve this, the two parties must continue to work together and seek new ideas that allow them to move forward.

The first panel—which was moderated by Félix Peña, director of the International Trade Institute at the ICBC Foundation—analyzed what Latin America and the Caribbean can do to add value to its exports. This process is connected to knowledge and technology transfers (specifically in relation to “smart foods”). Eduardo Bianchi, co-holder of the WTO–FLACSO Argentina Chair, and Martín Piñeiro, director of the Committee on Agriculture at the Argentine Council for International Relations, presented their study “The Future of Food  ”

Mr. Bianchi described the dynamics of Latin American exports to China and discussed both current and future demand from the latter and how it relates to its agricultural policy. He mentioned that food exports from the MERCOSUR to China have been extremely dynamic, which led to significant growth in China’s importance as a destination market for external sales of these products. All the same, these exports are highly concentrated. He also underlined that self-sufficiency in basic foods is a goal for the Chinese government even though only 13% of China’s total surface area is arable land. Similarly, China’s imports are concentrated in a handful of products (soybeans account for almost 40%). However, he underlined that increases in income and urbanization have led to changes in the Chinese diet, with increased consumption of processed foods such as noodles, crackers, confectionery, and convenience foods. This could start a trend toward demand for a more diversified range of foods. Indeed, Mr. Bianchi pointed out that in the future, consumption will center on animal proteins such as meat and dairy products.

Mr. Piñeiro put forward a set of ideas for making the most of the opportunities for commercial, productive, and technological integration with China. He highlighted three main areas for action: increasing the market share of products that are prominent in today’s export basket (basically commodities), starting to export—or increasing exports of—primary products or products with low value added that are not yet being exported in significant quantities, and increasing exports of products with high value added so as to move beyond mere trade and begin productive integration.

Mr. Piñeiro argued that for the MERCOSUR to increase its share in the Chinese market, it needs to increase its production capacity, competitiveness, and the aggressiveness of its commercial activity. With regard to boosting exports with low value added that are not yet part of the export basket, he highlighted the importance of negotiating reciprocal sanitary agreements. Finally, in relation to external sales of products with high value added, he claimed that the region needs to reach agreements that contemplate trade and productive integration with China while moving toward an agreement that includes both trade-related issues and investment.

The subject of the second panel—which was moderated by Carlos Moneta, director of the Postgraduate Course in Economics and Business with the Asia Pacific and India at the National University of Tres de Febrero—were strategic aspects of the relationship between the MERCOSUR and China. Eduardo Oviedo, an independent researcher at Argentina’s National Scientific and Technical Research Council (CONICET) and full professor at the National University of Rosario, described how dialog and bilateral trade between the MERCOSUR and China has evolved since 1997. He discussed the stagnation in bilateral relations and the lack of a single course of action vis-à-vis China on the part of the MERCOSUR due to the fact that Paraguay recognizes the Republic of China, including Taiwan, as being the legitimate Chinese government, rather than considering Taiwan a province of the People’s Republic of China, as the other MERCOSUR countries do. He mentioned some of the opportunities and challenges facing the bloc and briefly described the New Silk Road and security circles in China.

Carlos Escudé, lead researcher at CONICET and director of the Center for Studies on Religion, the State, and Society (CERES), discussed the debate in the United States around the growing relationship between Latin America and China. Mr. Escudé provided evidence that the issue is being treated fluidly as part of the bilateral relations between the two countries, and that it does not constitute a significant source of friction. In this context, he concluded that the three parties need to work toward a form of cooperation that is beneficial to all.

Luciano Bolinaga, director of the Research Group on Asia and the Pacific (GEAP) at the Interamerican Open University, Rosario, focused on presenting China’s role in the MERCOSUR trading scheme. He asked two questions. First, is China contributing to the structural transformation of production in the MERCOSUR? And second, what are the implications of the trading scheme that China has been developing for the MERCOSUR? In terms of bilateral negotiations, Dr. Bolinaga indicated that the power asymmetry in China’s favor is growing. A regional approach would be one way of mitigating this imbalance, despite the difficulties it may entail.

The specialists who took part in the third and final panel, which was moderated by Dr. Bolinaga, introduced the legal challenges involved in closing the gap between what were described as the “two different worlds” that Latin America and China represent. Marcos Jaramillo Contreras, professor at the Law School of the Catholic University of Chile and director of the Center for Asian Studies (CEAUC), stressed how important it is for Latin American countries to get to know Chinese law, how it works, and how it has evolved. He said that various academics argue that China wishes to create a form of law that moves beyond Western law, as it believes that the time when the West can set global economic standards is coming to an end. As a result, he posited that Latin America and the Caribbean needs to acquire specialist knowledge and training in this field. He underlined the importance of the fact that the sources of law in China and the West are very different, and put forward the idea that a philosophical understanding of natural law could be a shared point of origin.

Juan Ignacio Stampalija, from Austral University, presented the investment protection treaties that Latin American countries have signed with China and the different stages that China’s bilateral treaties are at. He also stressed that China’s economic growth and role first as a recipient and then as a source of foreign direct investment (FDI) went hand-in-hand with the profound transformation of its legal system. In relation to the application of these treaties, he maintained that they are very broad, include a non-exhaustive list of protected investments, explicitly mention the granting of rights to natural resources, and, with the exception of some more modern agreements, exclude the issuing of government bonds.

Mr. Stampalija said that although China has numerous bilateral investment treaties (BITs) in Latin America, two of its largest investment destination markets, Brazil and Venezuela, are not covered by these. In turn, countries such as Argentina, Ecuador, and Uruguay do have BITs with China but these are out of date and need to be reviewed without delay. Finally, he stressed that the most modern BITs—such as those China has signed with Chile, Colombia, and Mexico—are in line with some of the latest practices in the field, which makes them more balanced and precise than those with other countries.

During his closing words, Pablo Ferrara, former professor at Xiamen University, spoke of the Law of the Sea and the need for an understanding of this for the resolution of maritime disputes. He finished by describing the development of maritime areas is both China and Argentina.

The experts at the event agreed that there are enormous opportunities for cooperation between the two regions, particularly if they manage to overcome the cultural and institutional obstacles to deepening bilateral ties, transfer technology, and move toward a form of trade that goes beyond the mere exchange of agricultural products for manufactures by diversifying the export basket. They also concurred on the importance of Made in CHI-LAT’s contribution to the analysis of relations between Latin America and China.