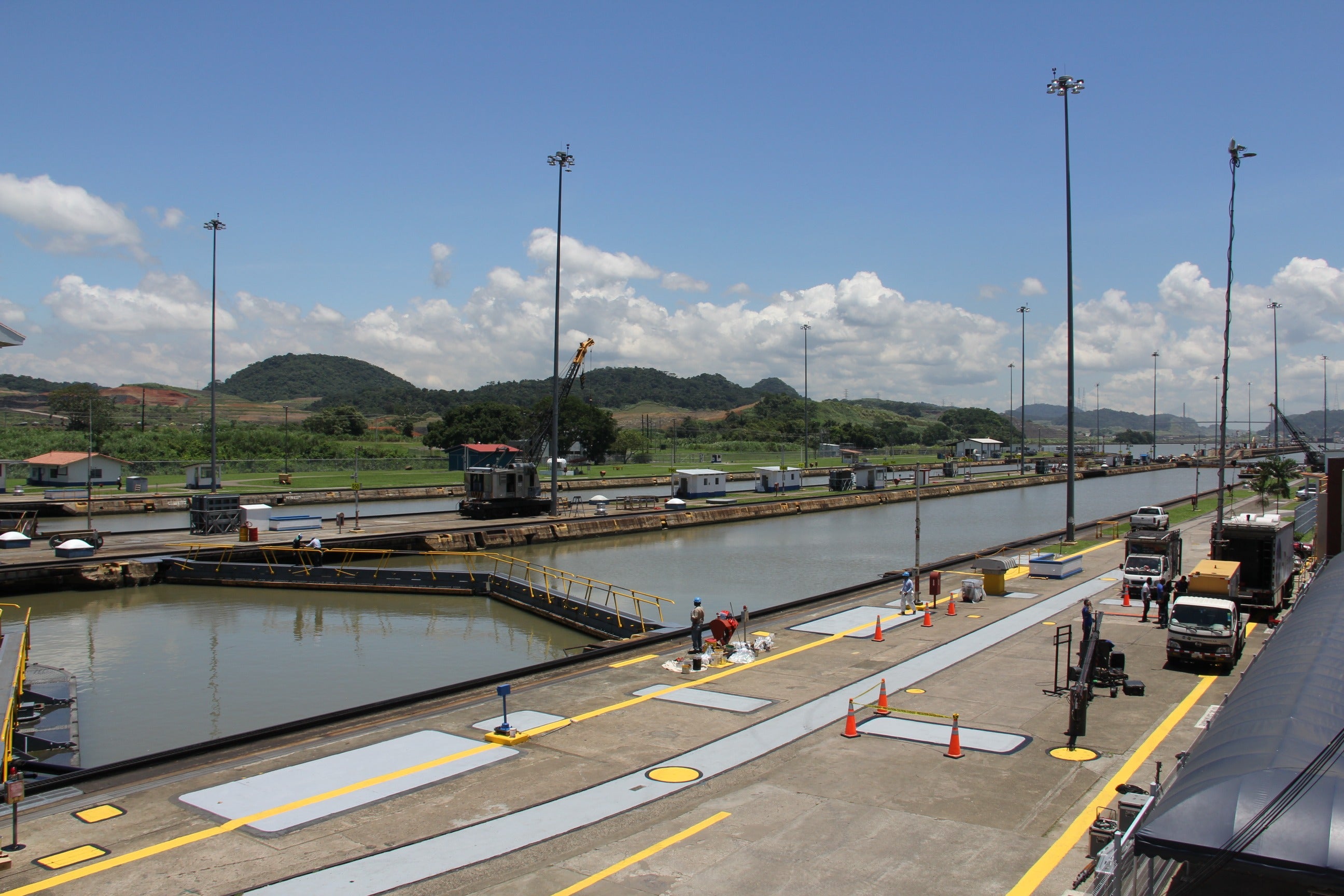 Government representatives, high-level officials, and over 20,000 members of the public attended the opening ceremony.

On June 26, 2016, President Juan Carlos Varela presided over the opening of the Panama Canal Expansion, which now includes a third lane of traffic. This has doubled the canal’s capacity, enabling ships that transport up to 14,000 containers to use it, whereas the maximum cargo was formerly 5,000. The new locks are 427 meters long, 55 meters wide, and 18.3 meters deep. The first ship to travel the newly expanded canal was COSCO Shipping Panama, which is almost 300 meters long and 48 meters wide.

Delegations from more than 70 countries took part in the opening ceremony and congratulated Panama on its handling of such a large infrastructure project, which will bring huge benefits for the global sea trade, given that between 35 and 40 ships use the canal each day. “The Panama Canal Expansion promises to make the ties of friendship that unite the world even closer. It symbolizes today’s global community,” Mr. Varela said. “For we Panamanians, the canal is much more than a great work of engineering and technology: it is where East meets West and North meets South.”

The president of the Inter-American Development Bank (IDB), Luis Alberto Moreno, described the work as the “largest infrastructure project in Latin America” and stated (link in Spanish) that “the canal expansion is a winning formula for the region as a whole. The increased volumes of trade that will result from the expansion will have a domino effect, especially in the Caribbean and the United States.”

More than US$5.2 billion was invested in the project, and it is expected that 6% of global sea trade will pass through the canal. Following the expansion, the canal is now fit to receive 98% of the world’s cargo ships, and Panama expects to triple the income it receives from the canal each year, which currently stands at US$1 billion.