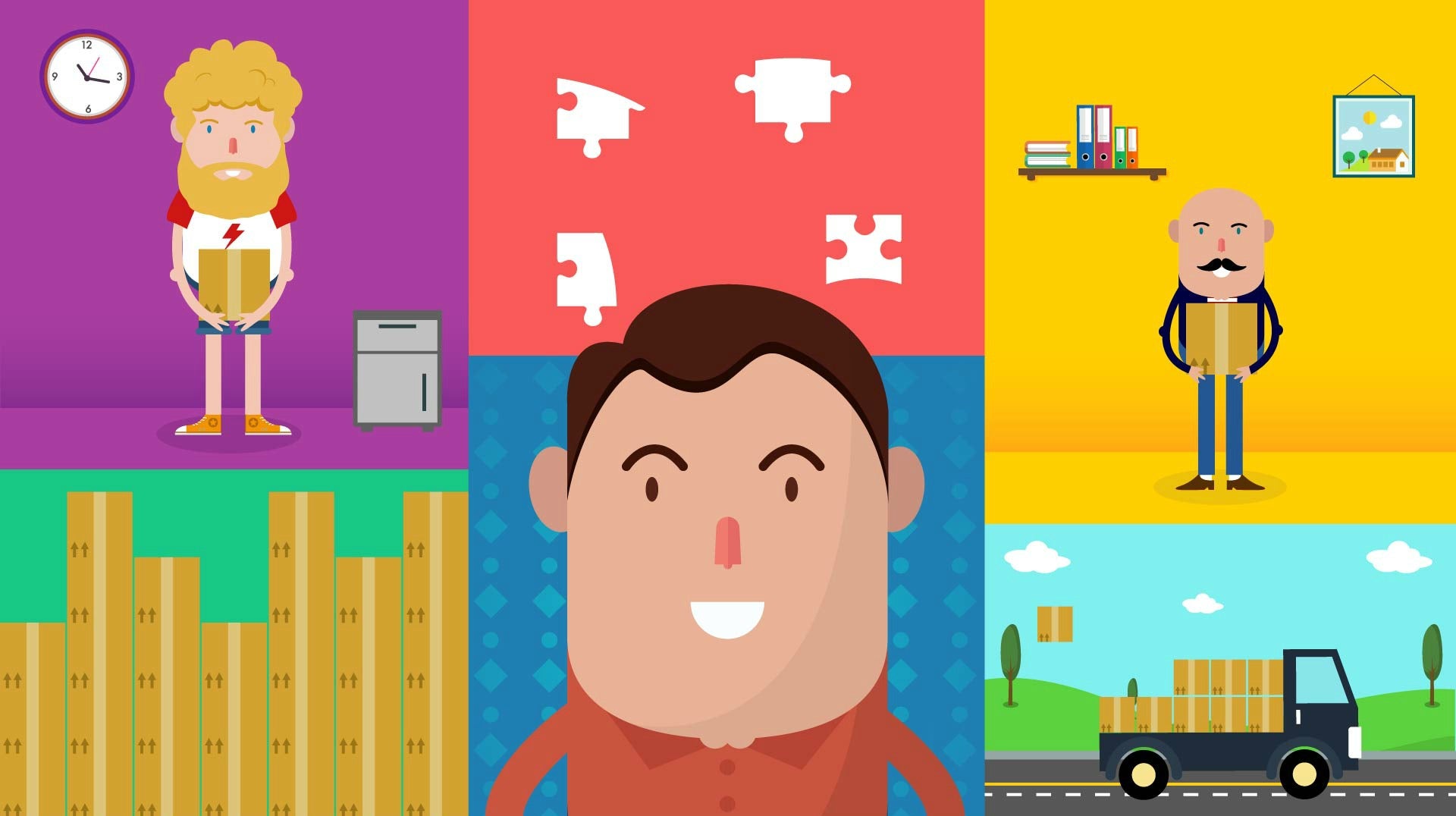 An increasing number of countries in Latin America and the Caribbean use Exporta Fácil, a service that reduces transaction costs for MSMEs and helps them to integrate into the international market, which brings social benefits.

Logistics costs in the region range between 18% and 35% of the final value of products, which is much higher than the 8% average in OECD countries. Those who feel this gap the most are micro, small, and medium-sized enterprises (MSMEs), as for them the percentage may even be higher than 40%.[1],[2]

One initiative attempting to achieve this is Exporta Fácil, which INTAL provides support for by acting as a facilitator between countries in South America that have already implemented the scheme and those that wish to do so. Exporta Fácil is a postal service platform that strengthens trade and the international integration of MSMEs from South America. The project’s roots lie in the Postal Exports for MSMEs program implemented by Brazil’s Ministry of Communications in 1999, which Peru, Ecuador, Colombia, and Uruguay then joined. Today it is known throughout the continent as Exporta Fácil.

As of 2016, Paraguay became the sixth country in the region to use Exporta Fácil. INTAL and other institutions[3] promote horizontal cooperation in the context of the firm commitment taken on by those South American countries that form part of COSIPLAN/IIRSA. Each country operating Exporta Fácil provides the program with government officials who act as trainers and support the design and implementation stages in the country that has decided to adopt the service, which will eventually be used by local MSMEs.

Latin America saw notable growth in exports during the 2000s. However, according to the Trade and Integration Monitor, the external sales of many countries in the region, mainly in South America, continued to be highly concentrated and are mostly made up of a small set of commodities. The positive phase of the export cycle has weakened since the second half of 2011, as a result of which the export space has become much narrower. The drop in international commodity prices and lower levels of global demand have highlighted the growing need for diversification in terms of both products and destination markets.

This requires the ongoing implementation of an agenda that will allow the region to increase productivity, improve infrastructure and innovation capacity in countries’ productive frameworks, and catch up with a world in the throes of rapid technological change. Only then will a quality leap in exports be possible.

In this context, export promotion policies such as Exporta Fácil are essential. These initiatives help exporter numbers to grow, enabling companies (especially MSMEs) to access international markets simply, cheaply, and safely[4]. The program seeks to facilitate the internationalization process for these companies, particularly those in far-flung locations, through a simplified import/export process via the postal system, using the designated postal operator’s logistics platform.[5]

It is worth bearing in mind that MSMEs are up against significant obstacles when it comes to getting involved in international trade. Their very scale reduces their access to financing and information, makes it harder for them to cover the fixed costs associated with setting up and maintaining trade networks, and they also face limitations in relation to management and technology.[6]

However, the integration of MSMEs into the international market leads to major gains, as it drives growth in productivity, competitiveness, and innovation capacity and generates employment in globally competitive activities. Given the restrictions and obstacles mentioned above, these gains and the positive spillover effect they have on the rest of the production system make it both viable and necessary to implement specific policies to support this sector, so as to facilitate its access to the international trading system.

How Is Exporta Fácil Implemented in Each Country? The Case of Paraguay

As part of the learning process in relation to export promotion and trade facilitation instruments in the region, it is interesting to examine the path that the Exporta Fácil initiative has followed. Its recent implementation in Paraguay is a case in point, especially because of the complexities it entailed in terms of interinstitutional work and the innovative way this was approached. The lessons learned are relevant for the institutional areas in charge of export promotion and useful for incentivizing innovation among MSMEs.

The Exporta Fácil team in each country operates on three levels: strategy, tactics, and operations. The process begins with a prediagnostic visit, during which the essential work on the strategic and tactical plans is carried out. However, when it is time to design the work plans, the focus shifts to the operational team—the people who understand the day-to-day operations of each of the institutions involved in the initiative and all their processes. This does not mean that the other areas are no longer involved, but rather that their role is closer to the political arena and planning decisions.

The most recent implementation experience was in July 2015, when a prediagnostic visit to Paraguay took place.[7] During this, the five work plans for the implementation of the project were drawn up: the operational plan, marketing plan, training plan, technological plan, and communications and promotion plan. To achieve this, a participative methodology was used, incorporating tools for reflection and new information technologies, which Paraguay’s operations team used to draw up their first version of an implementation plan.

In December 2015, the COSIPLAN ministers approved the 2016 Work Plan. The initiatives included in the plan contemplated providing support for Paraguay in implementing the Exporta Fácil program. In response to this, Brazil, Ecuador, Peru, and Uruguay assigned officials from the institutions involved in the project to function as “coaches” to organize work with Paraguay. The coordination of the team of coaches and the methodological proposal to support the Paraguay’s implementation of the program was developed by INTAL and representatives from Brazil’s Ministry of Communications. This process involved ten institutions from five countries in the region.[8]

To start the process off, the coaches received the first draft of each of the plans and provided specific advice on these, motivating the team from Paraguay to rethink each one in terms of the needs of the country’s MSMEs. Although each coach had valuable experience at the operational and strategic levels which Paraguay stood to gain from, the main objective was to support the design process for the different plans by encouraging discussion within the different work teams and promoting a design process that revolved around the country’s needs and the reality of life there.

The first meetings were held online between April and May 2016, then a follow-up visit to Asunción took place between June 27 and July 1. Work groups were formed for each plan, which brought the operational and tactical teams together with the coaches. Work started with a review of each plan and a sharing of experiences of the challenges faced by each of the countries that have implemented the Exporta Fácil program. At the end of the five-day meeting, each group presented its plan, and these were then crossreferenced to create a schedule for the entire team.

Both the team from Paraguay and the coaches underlined how this methodology transformed the experience into a win-win situation. It also led to suggestions for developing tools and practical support exercises for countries seeking to implement Exporta Fácil in the future using this combination of in-person and online meetings, all based on horizontal cooperation.

Lourdes Gómez, Ministry of the Interior and Trade, Project Coordinator for Exporta Fácil Paraguay. Defining the profile of those who can help to implement the project.

[3] They also receive support from other strategic partners that have joined the process, such as the Postal Union of the Americas, Spain, and Portugal (UPAEP) and the Universal Postal Union (UPU).

[4] At the meeting of the COSIPLAN/IIRSA Executive Technical Group (GTE) on Trade Integration through Postal Services for MSMEs held in September 2015 in Lima, Peru, a set of indicators was defined to measure and report on the project’s outcomes in economic, social, institutional, and management terms. The COSIPLAN 2016 Work Plan includes the implementation of these indicators, the preliminary results of which were presented at the GTE meeting held in Montevideo in August 2016. INTAL Connection No. 240.

[7] Representatives from Brazil, Uruguay, and INTAL took part in the visit. See INTAL Connection No. 226.