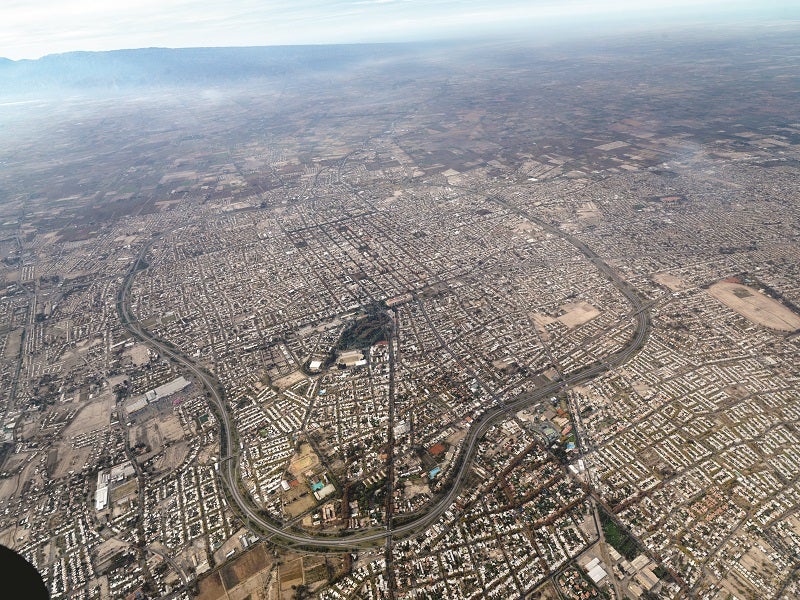 This binational program is the result of work by Argentina and Chile to integrate their borders through infrastructure while taking into account social, economic, and environmental factors so as to strengthen the areas in question.

The First Workshop on the Implementation Plan for the Agua Negra Binational Tunnel Territorial Integration Program (PTI) was held on August 24 and 25, 2016, in Santiago de Chile. The event was coordinated by INTAL in its role as the COSIPLAN/IIRSA Technical Coordination Committee, and it was attended by approximately 70 high-level officials from Argentina and Chile representing political and technical areas within their national, regional, and provincial governments.

The purpose of the event was to define the scope of the PTI Implementation Plan, establish how long each part would take and how much it would cost, and determine the parties responsible for implementing the 100 actions that were identified as forming part it. It also aimed to establish a coordinated, articulated, and permanent mechanism between the two countries for following up on the implementation of said actions from now until construction of the tunnel has been completed.

Those attending the workshop were divided into working groups which analyzed the actions that make up the plan, which were divided into five main areas: physical connectivity (including logistics platforms); electrical conductivity and ports; economic development; environmental sustainability; and climate change and risks. In addition, the highest authorities came together at a political/institutional working table where they defined the follow-up mechanism and agreed on how the work would move forward at both the binational level and between the national and subnational levels within each country.

The Value of Binational Initiatives

Argentina and Chile have been working on integration and facilitation at their border crossings for several years. This shared intention became a reality when the two countries decided to draw up a Territorial Integration Program for the Agua Negra Binational Tunnel, using the guidelines developed by COSIPLAN/IIRSA. This work has been identified as a priority at the bilateral level in the Master Plan for Priority Border Crossings and at the regional level through its inclusion in UNASUR’s Integration Priority Project Agenda (API).[1]

The efforts made by both countries, especially on the part of the governments of San Juan and La Rioja provinces in Argentina and Coquimbo in Chile, demonstrate that it is possible to provide concrete answers for the local and regional population by developing infrastructure. The aim of such initiatives to improve inhabitants’ quality of life and that of future generations by taking into account sustainable social and economic development criteria while caring for the environment and the balance of ecosystems.

This PTI is a set of plans, programs, and projects (PPPs) and associated actions and activities (AAs) that complement the tunnel itself and are of great importance to expanding the region’s development potential. These PPPs aim to leverage the positive effects of constructing the tunnel and to mitigate or reduce obstacles that prevent people from fully taking advantage of these positive aspects.

The tunnel is a large-scale project that poses technical, institutional, and financial challenges for Argentina and Chile. When work begins, it will be essential to achieve synergy between the construction of the tunnel itself and the implementation of the PTI (that is, planning the development of the area around the tunnel). This is why this is an ongoing project that will not finish when the tunnel is opened. Instead, it poses coordination-related challenges for the two countries, which must ensure the quality of life of inhabitants of the area.

This work was made possible through the involvement of officials from the two countries’ national governments and the governments of the Argentine provinces of San Juan and La Rioja and the Chilean region of Coquimbo, who made up the Enlarged Work Team. The experience and knowledge of the territory that team members have acquired is a key outcome of this binational work process. These officials will be responsible for carrying out the Implementation Plan, which must be put into practice while the tunnel is under construction[2].

The Commitment to Implementation

The Implementation Plan is a fundamental part of giving effect to the planning done during the drafting of the PTI (2014–2015). The plan is made up of a subset of PPPs and AAs which were selected by the two countries when work began in 2016.

Timeframe for the Drafting and Implementation of the PTI

The implementation of the PTI can be broken down into three core areas: (i) administration, monitoring, and follow-up; (ii) complete, up-to-date information; and (iii) commitment on the part of the Enlarged Work Team, including the clear identification those responsible for following up on actions and activities. The plan is made up of:

The critical path toward implementation involves spearheading the Intrinsic AAs and following up on the Concurrent Planning AAs, focusing efforts on the more complex ones, which are Intrinsic Binational AAs.

Information on Actions and Activities

The two-day event revolved around collaborative work in order for those present to reach consensus on the scope of the PPPs and the AAs that make up Implementation Plan 1.0; establish who is responsible for gathering information, managing, and following up on each of these AAs; and to discuss new initiatives presented by the countries for incorporation into the PTI.

As a result, it was agreed that each area would hold regular online meetings to follow up on the implementation of the AAs. This is a dynamic mechanism that involves all those who are responsible for Intrinsic Binational AAs, thus guaranteeing their implementation over the coming years.

Another point of consensus entailed analyzing alternatives for systematizing the information contained in the files and datasheets so as to facilitate the processes of monitoring and following up on AAs. It was also agreed that activities related to executing the Implementation Plan would be included as part of the COSIPLAN Work Plan 2017. The first progress report on the Implementation Plan will be presented at the 7th Meeting of the COSIPLAN Ministers in December 2016.

[2] The Enlarged Work Team Receives technical support from a team of consultants that is coordinated by IDB/INTAL in its role as the Secretariat of the COSIPLAN/IIRSATechnical Coordination Committee.