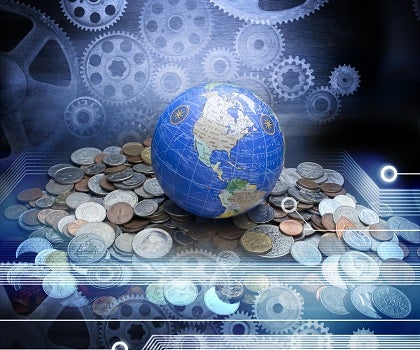 Some 71% of Latin Americans say that foreign capital is beneficial for local economies.

Over the last 20 years there has been a decrease in the proportion of the population that reject foreign investment. This peaked at 20% in 1998, but the share of those who believe it to be beneficial has gradually increased. However, the share of the population that would rather not give an opinion on the matter increased from 10% in 1998 to 14% in 2016.

Q: Do you think that, in general terms, foreign investment is beneficial or harmful to the economic development of your country or are you not familiar enough with the issue to give an opinion?

Looking at answers by sector, foreign investment is more welcome if it targets agricultural production. Some 46% of respondents think that it is positive for foreign capital to invest in the agriculture sector, 35% in chemicals and medicines, and 30% in energy and water services and the automobile industry.

Q: Which of the following industries do you think benefit from receiving foreign capital? Responses for the entire region

Source: INTAL based on Latinobarómetro 2016 data. 2016—multi-answer response, percentages add up to more than 100.

In relation to the agricultural sector, which was the most frequently selected option, Venezuela was the country that was most in favor of receiving foreign capital, with 63% support ratings, followed by Nicaragua with 60%, and Ecuador with 58%. Those that were most reluctant to receive such investment include four Southern Cone countries: Brazil (36%), Uruguay (38%), Chile (25%), and Argentina (19%). The population often tends to show greater support for foreign investment in those sectors that are most competitive and play a leading role in their respective economies. This is the case for telecommunications in Costa Rica, for the automotive industry in Brazil, and the mining industry in Peru. However, this rule is not always true: in Argentina, which has low acceptance rates of foreign investment in four of the nine sectors, support for foreign capital in the agricultural industry is low.
The Economies That Are Most Open to Receiving Capital

Featuring in 32% of responses at the regional level, the promotion of domestic and foreign investment was one of the issues that respondents most associated with integration (after free trade, political dialogue, and the mobility of people). Which economies rank investment promotion highest? Ecuador, Uruguay, Paraguay, and Chile, where more than 35% of citizens made a connection between integration and the promotion of domestic and foreign investment.

Cross-referencing objective and subjective indicators reveals that these economies are also the ones with the highest levels of exports per inhabitant as there is an empirical correlation of 0.63 between mentions of investment promotion as a distinctive feature of integration and export capacity.

Q: Which of the following options do you think have to do with integration in Latin America? Responses for investment promotion.

Two paradigmatic examples of this are Chile and Panama, the countries that received most foreign investment in relation to their gross domestic product and where perceptions of the impact of integration on investment also outstripped the regional average. At the other extreme, countries that received little foreign capital, such as Guatemala, Venezuela, Mexico, and El Salvador, revealed lower levels of perception of the impact of integration on foreign investment.

(Extract from the Technical Note The DNA of Regional Integration)