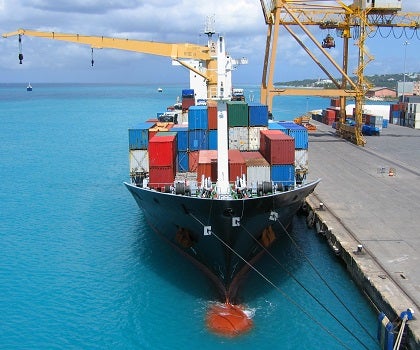 The Challenge of Closing the Infrastructure Gap

How many of us are willing to pay taxes or take on credit to improve logistics costs in Latin America and the Caribbean?

The infrastructure gap is one of the biggest obstacles to Latin America increasing its productivity. The region invests just 3% of its gross domestic product (GDP) in areas that are fundamental for efficiency and external competitiveness, such as transportation, energy, and communications. This is half as much as OECD countries invest.

Logistics costs represent 8% of the final product for a European SME, while in Latin America these could amount to 40% or more. For perishable products, each additional day of delay reduces exports by 7%.

Are Latin Americans aware of the role that infrastructure plays in economic development? Some 43% of the population acknowledges it to be an important issue. This awareness is highest in Uruguay (50%), Costa Rica (49%), and Argentina (48%).

The Importance of Infrastructure for Development

Acknowledging the importance of a problem does not necessarily imply a willingness to take on the cost of tackling it. Willingness to pay to improve infrastructure in Latin America remains low. The regional average of 3.8 points on a scale of 1 to 10 has not changed since 2015. With an average of 2.9, Brazil was the country that showed least willingness to do so, while Nicaragua, with 5.2, was the most willing.

The dialogue between subjective and objective data proposed in The DNA of Integration allows us to compare willingness to pay for infrastructure with different variables. One of these is the World Bank Competitiveness Ranking, which shows a negative correlation of -0.35. In other words, the least competitive countries are the most willing to pay for improving competitiveness-related infrastructure. This result is significant as the least competitive countries are those that are demanding more infrastructure and are also more willing to make the necessary effort to obtain this. Countries such as Chile and Panama, where infrastructure is a fundamental part of the economy due to the openness of their markets, are exceptions to this rule, in that inhabitants are highly willing to pay for improvements even though they already have high-quality infrastructure. If these two countries are taken out of the equation, the negative correlation among the remaining 16 goes from -0.35 to -0.52.

Fuente: INTAL en base a Latinobarómetro 2016.

In addition to improving external competitiveness, transportation and communications infrastructure is a major source of revenue for national economies. A comparison of the importance people place on infrastructure with the revenue this brings per inhabitant reveals a positive correlation of 0.49.

In other words, internal and external factors converge to determine the importance people place on infrastructure and their willingness to pay to improve this.

(Extract from the Technical Note The DNA of Regional Integration)