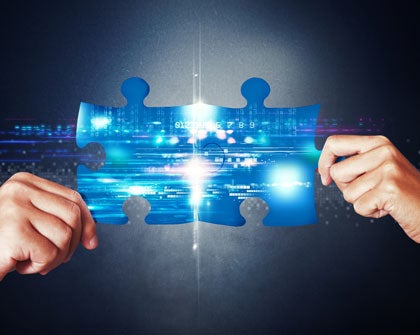 In its role as the secretariat for COSIPLAN, the Institute for the Integration of Latin America and the Caribbean (INTAL) has developed a range of technology platforms whose contents and functions are being permanently updated. Given this responsibility, INTAL is reasserting its long-held vocation for innovation by using new technologies to improve the quality of its planning process for connectivity in South America.

From the start of the IIRSA initiative, the countries involved believed it was necessary to make the information underlying IIRSA’s work available to the public. The first step in this direction was creating the IIRSA website in 2004 as a place to store and share the documents that emerged from IIRSA events and activities. The website thus became a key tool for exchanging information among the countries that are part of the initiative and for increasing public knowledge of physical integration in South America.

From 2010 onward, when IIRSA became the COSIPLAN Technical Forum, the member countries decided to continue updating the website and using it to store relevant information from COSIPLAN projects and initiatives. The site was redesigned and its contents were restructured to reflect the new institutional framework.

The COSIPLAN Project Information System (SIP) underwent a similar process. Work began on the Project Portfolio in 2004, at which point there was a need to find a way of sharing basic data on these projects among government officials from different countries. Initially, spreadsheets were used, and in 2005 the first online database was developed but access to it was limited to the officials appointed by each country.

By 2008, the database had evolved into a collaborative platform that allowed projects to be easily updated and consulted online. The following year, the countries in the region decided to open the SIP up to the general public.

Over the years, technological advances have allowed both the website and the SIP to be brought up to date. Both now reflect the progress that has been made on the region’s physical integration, which entails not only the construction of infrastructure but also increasing knowledge of the geographical areas at stake and of sector-specific issues that affect connectivity.

Two new technology platforms have been developed to achieve this. The first is a site that focuses specifically on the Integration and Development Hubs and which contains information on the socio-economic and environmental features of these areas and the portfolio projects being developed there. The second tracks progress on the implementation of the Exporta Fácil program in South America and compiles success stories from South American MSMEs who use this service to export their products to the world.

To support the activities being carried out as part of the 2016 Work Plan, the CCT secretariat has created communication initiatives and campaigns to spread the word about COSIPLAN’s achievements. The following sections contain a summary of these.

The COSIPLAN website is the main tool for providing information on physical integration in South America. In 2016, links to the Project Information System, Geographic Information System, Integration and Development Hubs, and Exporta Fácil were added to the homepage. The content of the main menu was restructured to bring it in line with the current institutional framework and to focus on priority activities from the work plan.

Some 20 meetings were held this year, 11 of which were face-to-face while 9 took place online. Coverage of these meetings was added to the website along with the 125 documents that emerged from them, including agendas, attendance lists, presentations, and studies, the complete texts of which are all available for download.

A new tool was added to the events section to make it easy to see photos of COSIPLAN activities. An application was included in the document section to enable users to read publications online without needing to download them.

The COSIPLAN website received around 66,000 visits last year, 9% more than the year before. The Integration and Development Hubs are most popular area of the website, followed by the document section.

The SIP is an online, open-access platform that contains official, high-quality data on the 581 integration projects that make up the COSIPLAN portfolio and the 31 structured API projects. This information is updated by South American government officials and the entry on each project includes the contact information for whoever is responsible for the project should users wish to find out more.

The homepage was redesigned and updated in 2016 and now includes dynamic visualizations and infographics for the portfolio and API projects so that users can get to know the system and understand the concepts behind the infrastructure planning process.

Georeferenced files for each portfolio and API project were created in Google Earth and included in the online datasheet so that users can easily locate them.

Visits to the SIP increased by 25% between October 2015 and 2016, outstripping visits to the website. The most traffic comes from the UNASUR countries, with Peru in first place, followed by Argentina. The top 12 countries that visitors are from include Spain, the United States, and Mexico.

The 10 projects that generated the most interest in 2016 are in the Amazon Hub, the MERCOSUR–Chile Hub, and the Central Interoceanic Hub.

This site focuses on the Integration and Development Hubs. In 2016, improvements were made to the maps for all portfolio and API projects to ensure these contained the correct locations and layouts, and specific icons were incorporated depending on the subsector in question. Information on the socio-economic and environmental context was also updated for the following four Integration and Development Hubs: the Southern Hub, the Guianese Shield Hub, the Central Interoceanic Hub, and the Peru–Brazil–Bolivia Hub.

In 2016, a website was created for the Exporta Fácil program which can be accessed from the COSIPLAN homepage. The site was developed to let users know about the experience of exporting their products using the postal service. One of the platform’s most interesting features is the Test Exporta Fácil simulator, which shows the public just how easy it is to export using this service.

The site was visited over 1,000 times between August and October 2016. Around 70% of these visits focused on the general information the site contains. Another 20% tried out the simulator for the simplified export process. The remaining visitors looked at the events and experiences sections.

As part of the initiative to spread information on the outcomes of COSIPLAN’s work, videos on key areas of the Work Plan began to be made in 2016.

The Value of Transparency in Infrastructure Works

This video presents the objective of the COSIPLAN Project Information System and the features of this unique South American technology platform, which contains official, up-to-date, high-quality information on integration projects.

This video summarizes the two days of the Meeting on Disaster Risk Management (link in Spanish) that took place on June 2 and 3, 2016, in Lima. A further 30 videos were made at the event, including presentations, panel discussions, and interviews with presenters.

This video presents the outcomes of the implementation of the Exporta Fácil program in the countries in the region as a tool to help MSMEs from South America place their products on the global market. Eight interviews were also filmed at the Meeting on Trade Integration through Postal Services (link in Spanish), which took place on August 11 and 12, 2016, in Montevideo.

One Hundred Initiatives to Strengthen the Tunnel

In this video, government officials from Argentina and Chile discuss the region’s first experience drafting a Territorial Integration Program (PTI). Sixteen interviews were also filmed at the Meeting on the Implementation Plan for the Agua Negra Binational Tunnel PTI (link in Spanish), which took place on August 24 and 12, 2016, in Santiago de Chile.

A Regional Training Initiative on Freight Transportation and Logistics

Two videos were made on the online course on freight transportation and logistics, which has been run three times to date. The first video looks at the experiences of the officials who passed this training program, and the second describes the objectives, contents, and characteristics of the online platform used to give the course.

This year, three technical documents were drafted along with three annual publications and a set of project infographics that show the progress made by the countries of South America on specific areas of regional infrastructure integration.