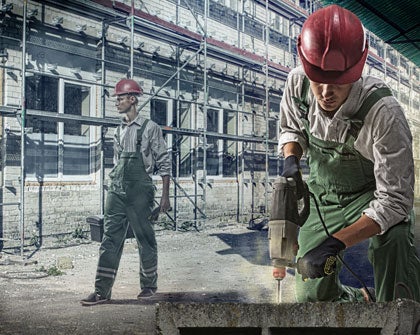 The Global Economy and Job Vulnerability

Countries are facing the twofold challenge of repairing the damage caused by the financial crisis and creating employment opportunities.

How is the economic downturn impacting job creation? In 2016, the growth in global GDP dropped to a six-year low: 3.1%, far lower than was projected the year before. The authors of the World Employment and Social Outlook: Trends 2017 argue that this situation reflects widespread shortcomings in sustaining and creating decent employment at the global level.

Similarly, there are high levels of uncertainty around the global economy. Both the low economic performance of 2016 and the downturn forecast for 2017 are cause for concern over the economy’s capacity for:

On the one hand, it is expected that 3.4 million people throughout the world will become unemployed in 2017. The global unemployment rate is expected to see a modest increase, going from 5.7% in 2016 to 5.8% in 2017, which would imply the concrete numbers mentioned above and take the total number of unemployed people to over 201 million this year.

According to the study, this will be due to a worsening of labor market conditions in emerging countries: the effect of various deep recessions that took place in 2016 will continue to shake global markets through 2017.

The Situation in Latin America and the Caribbean

As in most developing countries, chronic low quality employment predominates in LAC. In other words, the region has a high share of self-employed workers, unpaid family workers, and poor workers.

Workers with vulnerable jobs tend to experience high levels of precariousness. In other words, they tend to have limited access to contributory social protection systems.

This ILO report estimates that if this temporary stagnation worsens, over the next two years, another million people could become unemployed throughout the world. This situation would particularly affect developed economies, and although emerging and developing countries would initially benefit from greater inflows of capital, they would end up suffering the knock-on effects of the downturn in trade and investment.

In sum, the report establishes that policy efforts should focus on ways of overcoming the structural limitations to growth and inequality. In the future, long-term trends in relation to technological development and the structural changes that this implies will likely affect the nature of economic growth.