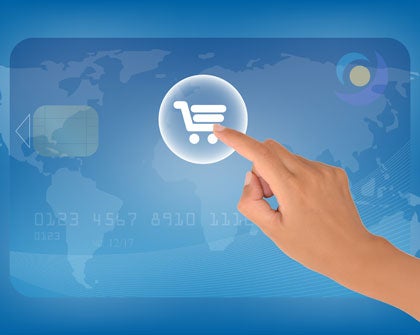 E-Commerce and the Factors Affecting Its Development

What Is E-Commerce? There are different definitions of e-commerce. It makes sense for us to...

There are different definitions of e-commerce. It makes sense for us to start with a classification that has become widespread and that divides up types of e-commerce according to the players involved:

What all these variations on e-commerce have in common is the use, be it partial or total, of remote communication technologies that allow transactions to take place with out the parties needing to be in contact at the same time or in the same place. This includes all online transactions that take place through computers, tablets, smartphones, points of sale, or smart wearables.[1] This article focuses on B2C e-commerce.

The Road to E-Commerce: The Internet

To buy and sell online, we need to surf the net. How many people know how to do this? According to Internet World Stats, in June 2016, half the global population (around 3.7 billion people) were able to use the internet: 10 times more than in 2000. According to the 2016 Ecommerce Foundation Report, in 2015 1.4 billion of these people made some sort of online purchase.

Asia is the region with the highest number of internet users and online shoppers, which makes sense considering that it is also the continent with the largest population. However, its penetration rate (the proportion of the population with internet access) is just 46%; penetration rates are only lower in Africa (figure 1). North America, Europe, and Oceania have the highest shares of internet users within their total populations (89%, 74%, and 73%, respectively). Latin America and the Caribbean have a penetration rate of 62%, although there is some disparity within the region: South America has the highest rates (67%), followed by Central America (53%), and finally the Caribbean (44%).

Figure 1. Percentage of the Total Population with Internet Access

A large share of the population of Latin America and the Caribbean (LAC) has internet access (10% of internet users worldwide), but the region only represents 2.2% of the global market in B2C e-commerce, which in 2015 was worth US$2.27 billion (figure 2).[2] Half of total e-commerce sales in 2015 are accounted for by the Asia Pacific; while North America and Europe represent 28% and 22%, respectively.

In a context in which the global economy and trade are marked by ongoing recession and deflation, which have severe ramifications for LAC,[3] e-commerce could be a driver for change. E-commerce has plenty of room to grow in the region: internet penetration rates are high, but online shopping rates are low.

Brazil and Mexico, the biggest economies in Latin America, are also currently the biggest e-commerce markets (figure 3). It is estimated that e-commerce transactions in 2015 reached US$16.9 billion in Mexico and US$15.9 billion in Brazil. Data is also available for Argentina and Chile, where 2015 e-commerce levels stood at US$4.8 billion and US$2 billion, respectively.

E-commerce is equivalent to around 8% of trade in goods in Argentina and Brazil and 4% in Chile and Mexico (global rates are close to 18%). The growth rates for e-commerce were high in these four countries in 2015, and all outperformed the global average (20%): Argentina grew by 71%, the second-highest expansion rate in the world after India. E-commerce grew by 22% in Brazil, 25% in Chile, and 27% in Mexico.

Figure 3. Value and Growth Rates for B2C E-Commerce in Selected Latin American Economies and the World.

What Performance Indicators Are Available?

Given this outlook, it is worth examining what factors drive or hamper the development of e-commerce in general, and cross-border e-commerce in particular. Although there are some ongoing difficulties in the collection and analysis of data on e-commerce, some studies and indicators provide in-depth information on countries’ performances (table 1).

In 2014, the Economist Intelligence Unit (EIU) carried out a study in which it presented an index that allowed countries to be classified by the degree to which they promote cross-border e-commerce through policies, regulation, and infrastructure. The Ecommerce Foundation publishes the Global Retail E-Commerce Index from the consultancy firm AT Kearney, which analyzes countries’ potential for growth in e-commerce. The United Nations Conference on Trade and Development (UNCTAD) has also built a B2C e-commerce index that evaluates how well countries are prepared to do e-commerce. Although these three indexes have different goals, it is worth comparing them to highlight the factors that most affect the development of e-commerce.

In comparative terms, the EIU (2014) index is the most complete as it contains 40 indicators. However, it was only estimated once and has not been updated, unlike the AT Kearney and UNCTAD indexes. Another difference between these indexes is their coverage: while the EIU’s includes 19 countries (only three of which are in Latin America, namely Argentina, Brazil, and Mexico), AT Kearney covers 30 (adding Venezuela and Chile to the above list), while UNCTAD includes 137 (14 of which are in Latin America–the five above plus Bolivia, Colombia, Costa Rica, the Dominican Republic, El Salvador, Honduras, Nicaragua, Panama, Paraguay, and Peru).

With regard to the composition of the indexes, each of the five aspects analyzed by the EIU (2014) is in turn made up of a series of indicators that measure investment climate, international trade environment, regulatory and legal frameworks, and electronic payment systems.

Some of the factors that these indexes have in common are:

These studies and indicators can be interpreted in terms of the policies, measures, and factors that promote the development of e-commerce. By identifying the factors present in countries with favorable indexes, we can contrast these levels in the Latin American countries studied. Given the different methodological approaches and coverage of these indexes, the disparity of their results is unsurprising, as each emphasizes different variables.

According to the EIU (2014), Australia is the country that is best prepared for international e-commerce due to its low-cost internet access, detailed regulatory framework on e-commerce, widespread use of electronic payment systems, and high smartphone penetration rates. The three Latin American countries included in the index rank in the second half of the table: Mexico is in 12th place; Brazil, 13th; and Argentina, last. The only favorable points for Mexico and Argentina are payment systems, while in Brazil the positive aspect is investment climate.

In the AT Kearney index, the United States and China are at the top of the list. This index places particular importance on market size, which explains why the world’s two largest economies rank first. The first Latin American country on the list is Mexico, in 17th place, followed by Chile in 19th, Brazil in 21st, Venezuela in 24th, and Argentina second from bottom. Once again, the size factor had a negative effect on how the index ranked Latin American countries. Some aspects of this index that are worth highlighting include Mexico’s huge potential for growth, on the one hand, and the infrastructure challenges that Argentina and Brazil are up against, on the other.

Finally, the UNCTAD index identifies Luxembourg as being the country that is best prepared for B2C e-commerce due to its well-developed financial sector, which raises its ranking in the security area, and the fact that it has a good logistics network. The top ten countries in the list include six in Europe, three in the Asia-Pacific, and the United States. Uruguay is the highest-ranking Latin American country on the list, in 39th place, followed by Chile in 43rd. High internet penetration rates and the relatively high proportion of people with credit cards explain these two economies’ performances.

In summary, e-commerce is not immune to the well-known factors that drive trade in general: business environment, macroeconomic stability, access to financing, a skilled labor force, and appropriate regulatory frameworks.

However, the countries that these indexes identify as being as the best equipped to develop e-commerce in the indexes that have been built to date have applied certain specific measures to foster its growth. These measures include internet access, secure servers, the use of credit card payment systems, and the financial and logistical infrastructure through which transactions take place.

Internet access has grown significantly in recent years in Latin America but this has not been fully reflected in the evolution of e-commerce. A deeper analysis of some of the factors that the indexes considered in this articles identify as being weak in the region (infrastructure, regulation, security, etc.) would contribute to defining e-commerce promotion policies.[4]

Gayá, R. (2015). “E-commerce and the International Integration of Latin America and the Caribbean.” INTAL Connection no. 229.

_______ (2015). Information Economy Report. Unlocking the Potential of E-commerce for Developing Countries. Division on Technology and Logistics. New York and Geneva.

[1] See the ECommerce Foundation Report. This definition emphasizes the medium through which trade takes place, independently of the type of product that is being bought or sold. For example, these products could be traditional goods or services or specifically digital products such as music, books, electronic images, programs and apps, etc.

[3] See the Trade and Integration Monitor 2016 and the Trade Trend Estimates: Latin America and the Caribbean.

[4] “E-Commerce in Latin America: Closing the Regulatory Gap”, also in this issue of INTAL Connection, explores the regulatory factors that influence the confidence of those involved in such transactions.