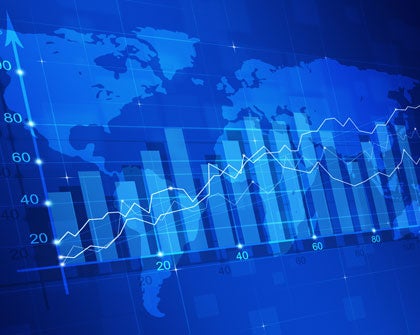 Software companies from Latin America and the Caribbean are seeking to become exporters.

The global software market is expected to grow by 7.2% over the next year and to create total sales volumes of US$357 billion, while information technology sales will reach US$943 billion, according to the consulting firm Gartner. Latin America and the Caribbean is positioning itself in the global context by creating a dynamic supply of software and information services (SIS). These are aimed mainly at the US and European markets but have started to diversify toward the other countries in the region in recent years.

Applications of new technology are becoming widespread throughout the region. A study carried out by the Inter-American Development Bank (IDB) and the Latin American Internet Association argues that, in the region, “online cross-border sales represent 38% of total sales and 41% of online sales.” In Mexico, for example, 81% of exporters use online platforms to grow their businesses.

In Argentina, some 4,200 companies in the software sector employ 81,000 people. In 2015, these companies made US$1 billion in revenue from foreign sales, according to Argentina’s Chamber of Commerce for Software and Information Services (CESSI). Some 50% of the sector’s exports go to the United States, followed by Uruguay (9.2%), Mexico (9%), and Brazil (5.2%). In Uruguay, the software sector generates 16,000 direct jobs and is made up of 470 companies. In 2015, these exported US$400 million to more than 52 markets, according to the Uruguayan Chamber of Information Technology (CUTI). Aníbal Gonda, who is president of Genexus and a member of the board directors of CUTI, says that Uruguayan software start-ups plan to export from the outset “because the local market is small. The industry has an export vision, which gives us a competitive advantage.” Some 27% of Uruguayan companies’ business is with the United States, but they also export to Europe, Japan, and other countries in South America.

The outlook is similar in Costa Rica, where a report from the Chamber of Information and Communication Technologies (CAMTIC) argues that “the international market is an opportunity for digital technology firms, given the limitations of the domestic market, which is relatively small.” However, it warns that “successfully entering the export market requires appropriate planning and capacity building for the internationalization process.” The study, which uses data from 2014, claims that 86% of the firms it surveyed have external sales worth less than US$1 billion, while 14% exports more than this. Almost half the country’s clients are in the United States.

In Chile, software companies export US$370 million. Their main clients are countries in Latin America and, to a lesser extent, the United States and Europe. “There has been little growth in exports in recent years,” admitted Raúl Ciudad, president of the Chilean Association of Information Technology Companies (ACTI). “The main obstacles to more fluid trade have been related to financing, the lack of support from the state, and logistical limitations.” However, in the last 18 months, chambers of commerce from the sector and Chile’s Ministry of the Treasury created an export council to boost activity. For 2017, they are promoting a joint program that is seeking to increase export volumes tenfold in the next five or ten years via different initiatives. In the future, ACTI seeks to expand its presence in the United States and Canada and open up new markets in Pacific Alliance countries.

Many players in the sector are seeking to grow within Latin America. According to the consulting firm IDC, the region will spend US$274.2 billion on ICTs this year. The Argentinian firm Belatrix receives 95% of its turnover from sales to the United States and, to a lesser degree, to Canada and the United Kingdom. The company, which has 500 employees, has opened offices in Peru and Colombia to meet the needs of those markets. According to Belatrix CEO and cofounder Luis Robbio, the region is shaping up as an export hub, especially for digital solutions for the banking and insurance sectors. His firm’s strategy is to continue to expand in Latin America without losing sight of the US market. “We are optimistic about the growth of the software industry in Latin America. What we see are opportunities,” Mr. Robbio argued. “There are major investments in the banking sector which seek to make digital solutions, innovation, and mobility a reality. The central banks of Argentina, Chile, and Peru are facilitating the spread of these technologies.”

Mr. Robbio thinks that the region could position itself as a software and services exporter. “The idea of nearshoring has really taken on in the United States as Latin America’s geographical location and time zone make it an ideal service provider. Our main competitor is India, which has unbeatably low prices that we could never compete with,” he remarked. Latin America therefore needs to set itself apart based on other factors, such as time zone: “today’s software project management techniques involve considerable interaction between development teams. If your time zones largely overlap, you can work closely with the client and share much of the working day.” Another strong point is “Latin Americans’ creativity, which is highly valued in the software world,” Mr. Robbio argued. “Our English is getting much better, too.”

Aníbal Gonda of Genexus agreed that “today it makes sense to export within the region, especially to countries in Central America and northern South America.” The Uruguayan software sector exports services, development tools, and, above all, applications for vertical markets such as banking, healthcare, logistics, or local government, “a segment where we’ve positioned ourselves really well,” he added.

With 400 employees, Genexus exports to 45 countries and has branches in the United States, Mexico, Brazil, and Japan, a market they broke into 15 years ago through a joint venture with a local company. Mr. Gonda thinks that one factor that sets Latin American professionals apart is “their vision of the future and capacity to adapt to change and crises,” which is fundamental for a market like software “which is constantly evolving and in a state of permanent flux.” He believes that the most complex part of internationalization is making the first sale abroad: “once that happens and you have your pilot case, the next sales are easier.”

Chile’s software industry today includes some 150 small and medium-sized companies and a further 800 even smaller ones that develop videogames, apps, and animation. The aim is to increase export capacity. To achieve this, the chambers of commerce for the software sector and the Ministry of the Treasury are implementing a program this year to increase the number of exporter companies through a range of initiatives: foreign trade-related training, financial support, access to credit, and the promotion of Chilean services abroad. “The other area that we’re working on is human capital,” said Raúl Ciudad of ACTI. “We’re developing a strategy to train pupils at industrial training colleges and a scholarship program to train professionals who are not from the tech sector, along with other initiatives to help bring more people into the software ecosystem.”

The software area is, therefore, a promising, diversified export segment for Latin America, one that is in tune with the technological revolution that we are living through. Coordinated efforts between the public and private sectors, such as those described in this article, could boost regional exports yet further.