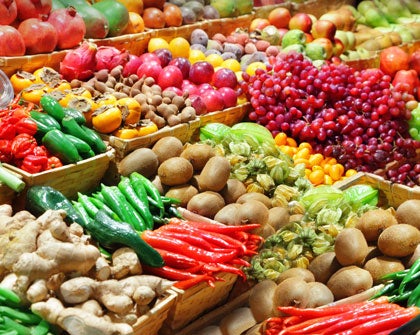 What Does Recovery of Commodity Prices Depend on?

In 2016, the downward trend that had predominated among commodity prices since late 2014 began to level off. Which factors determined this shift?

Although commodity prices began to recover last year, most are still lower than before the collapse of 2014, and significantly lower than the high point of 2011.

In 2016 and the first few months of 2017, commodity price dynamics responded to supply and demand factors, some of which are market-specific, such as the OPEC decision to cut down oil production or China’s credit injection into copper and iron. Other factors are tied to the performance of the global economy. It is striking that the appreciation of the dollar has not put downward pressure on these prices, as has historically been the case.

This article examines the factors that have influenced the behavior of this variable, which is key for Latin America’s export sector, and separates structural factors and short-term factors.

The Four Complexes and Export Concentration

It is well-known that the exports of many countries in Latin America and the Caribbean are highly concentrated in a handful of products. The four main export complexes—oil and gas, copper, iron nor, and soy—explain 35% of total external sales between 2011 and 2015. If the region’s largest exporter, Mexico, which is highly specialized in manufactures, is left out of the equation, this share increases to 46% (figure 1). Other commodities such as sugar, coffee, and bananas are extremely important within certain countries’ export baskets although their share in the regional total is less noteworthy. As a result, the behavior of these commodity prices is a key component in the evolution of the region’s exports.

Figure 1. Share of the Main Export Complexes in Export Totals for Latin America and the Caribbean, 2011–2015

The End of the Supercycle

The export boom of 2003–2008 was due to a sharp increase in the prices of these commodities. This boom came to an abrupt halt following the global financial crisis (figure 2). This “supercycle” had a major postcrisis knock-on effect due to a series of stimulus measures that were implemented in many of the major global economies. This prevented the deflationary spiral that would otherwise have followed, so much so that, with the exception of petroleum, prices in 2011 were even higher than before the crisis.

However, these bullish trends soon slowed and, in some cases, even began to reverse. The turning point came in September 2014 when there was a sudden drop in prices, leading to deflationary tension in the global economy, which revolves around the petroleum market. This downward streak continued unabated for 16 months until the start of 2016 when prices finally bottomed out. The trend has been positive since then, although prices have not yet returned to their former high points, although in some exceptional cases they have gone back up to levels that are similar to those of mid-2014.

Markets and the US Dollar

As was observed in the Trade and Integration Monitor 2016, “Price fluctuations are driven by two determinants […] The first one [is] changes in the value of the dollar, the currency in which trade flows are denominated” and in which most of these products are priced. “All else constant, an appreciation of the US currency drives the prices of goods down, as fewer dollars are needed to purchase them. […] The second determinant thus accounts for price fluctuations induced by factors other than changes in the value of the dollar, and related to the dynamics of specific markets.” Breaking down the two factors reveals that, with the exception of certain short periods of time, commodity prices have closely followed the behavior of the dollar (figure 3).

One novel aspect of the 2016 recovery has indeed been the dissociation between the behavior of the dollar and commodity prices. Although the value of the dollar is clearly on the rise, commodity prices have also gone up, breaking this erstwhile correlation. This reveals that market-specific effects have had a profound influence on the current context.

Some of the determining factors that have been present since 2016 are common to several markets. The first of these are the Chinese government’s stimulus measures, which seek to mitigate fluctuations in exchange rates and stock markets and, more broadly, to dampen the impact of the growth model’s change of direction toward consumption. The second is the expectations that have arisen around large infrastructure investments in the US, which are slated to be part of the new administration’s economic strategy.

Although both factors have stimulated demand for commodities, they are both shrouded in uncertainty: in the first case, the measures have repercussions for China’s financial stability and thus may not last; the implementation times for the latter could be extremely lengthy and may be framed within restrictive policies for global trade, the effects of which may be unpredictable.

In any case, in recent months there have been some more stable positive signals that the recovery of the commodity market may prove to be enduring. If there is an upturn in growth in both the developed and emerging worlds and these improvements unfold simultaneously, it could create feedback effects between consumption and investment, which would have a favorable impact on demand for commodities.

Market-specific factors include oil prices, which dropped by 73% between June 2014 and January 2016 due to oversupply2 but recovered significantly throughout 2016 (figure 4). The Chinese stimulus measures and other factors prompted an initial recovery in early 2016. This picked up speed following the OPEC agreement in November to cut back oil production for six months, with the option of extending this for a further six months. Oil prices doubled between December 2015 and February 2017, but two-thirds of this recovery took place after December 2016. However, it is worth noting that prices remain 50% lower than the high point of June 2014, before the collapse began. What will happen to prices once the OPEC agreement expires is uncertain. Furthermore, the restrictions on OPEC’s supply and rising prices have prompted the re-entry of other producers whose operations were not profitable during the price slump, which puts further downward pressure on prices.

Iron ore has enjoyed the best relative recovery: its price in February 2017 had more than doubled relative to the low point of December 2015, and most of this increase took place from December 2016 onward. This was driven by the aforementioned credit stimulus policies in the Chinese housing market and reductions in supply. However, as the first quarter of 2017 ends, these factors already seem to be wearing out. Indeed, the hike in interest rates on Chinese mortgages was reflected in the shift in the upward trend in mid-March. At this point, iron ore prices are still 35% below the high point of 2014.

The price of copper has been falling since 2011, more dramatically so since 2014. Although the pace of this downturn has been less marked than that of oil or iron, it should be remembered that copper prices were already falling even before the general contraction in trade. Furthermore, the price

recovery has not been so significant in comparison with the low point of January 2016. Although in February 2017 prices were 33% above that level, this is still 19% below the high point of early 2014. In any case, this recovery is explained by the demand-related factors in the US and China described above and other specific issues. For example, supply increased less than expected following the opening of new mines, while production in the world’s largest mines was interrupted by labor conflicts (Chile) and regulatory measures (Indonesia).

The deflationary tensions that began in 2014–2015 had less notable effects on the agricultural products that are most relevant to the Latin American export basket. Even so, the price of soy plummeted by 42% between April 2014 and the low point of November 2015. This price also benefited from the trend toward recovery in 2016: in February 2017, its value had climbed back up by 19% although it remained 30% below the record of 2014. Recent data from the US Department of Agriculture shows that increases in production in 2017 will continue to push prices down. From a medium-term perspective, there have been signs of oversupply for several agricultural markets which have derived from the strong incentives for investment and production that arose during the peak price period, in a context in which demand is not increasing as quickly as before.3

In conclusion, temporary and structural factors are both playing a part in the current dynamics of commodity prices. Several of the price rises of recent months are connected to passing phenomena, while the impacts of long-term trends can also be observed, such as increases in production capacity driven by pricing during the boom years, along with technological innovations. These factors support the hypothesis that prices will stabilize at levels below those of the last decade once they have moved past the period of strong deflationary pressure of 2014–2015. A return to a firmer growth path for the world’s major economies is the only factor that would have a long-term positive impact on these markets.

[1] On the rise: The global economy enjoys a synchronised upswing, The Economist, 18 de marzo, 2017. [2] For more on the dynamics of the oil market and its impact on prices in 2014, see the Trade and Integration Monitor 2015. Double-Dip: Latin America and the Caribbean Facing the Contraction of World Trade. [3] Agricultural traders warn of long-term oversupply, Financial Times, 28 de marzo, 2017.