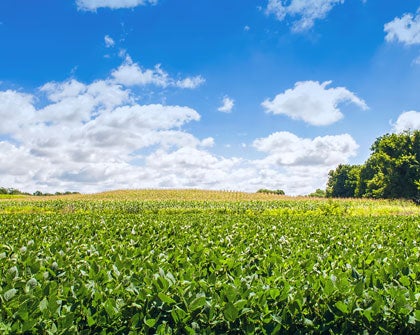 Alejandro Ramos Martínez, integration and trade specialist at IDB/INTAL, and Fernando Vilella, director of the Department of Bioeconomics, Public Policies, and Prospectives at the University of Buenos Aires’ School of Agronomy, argue in MERCOSUR Futures how agricultural integration can leverage a competitive integration into global markets.

Since the 1990s, technical change in global agriculture has revolved around the introduction of technology-intensive production methods that increase efficiency: “producing more with less.” On the other hand, the introduction of multiple product innovations has generated a wide range of markets for the agriculture sector that are both global and diversified. The MERCOSUR countries have positioned themselves against this backdrop as uniquely important players in terms of global agricultural supply. Growth in local production has far outstripped the global average and the MERCOSUR is among the economies to have notably increased their agricultural output over the last decade, as have China and India.

This growth is partly explained by their effective adoption of more efficient technologies but also by an increase in the use of resources. In this sense, the MERCOSUR growth path contrasts with that of countries with “more mature” agricultural production, such as the United States and Europe, but also with that of China. The latter has seen an increase in output that is comparable to that of the MERCOSUR. China has unexpectedly proven to be not only the “workshop of the world,” but also a major agricultural competitor. The pace of technological innovation in the MERCOSUR countries is not entirely in sync with the trends set by the leading global players. Although there have been improvements in efficiency, these are not on a par with the more dynamic hubs and have actually dropped off in recent years. Likewise, the structure of the bloc’s agricultural specialization reveals limited product diversity. This last point is a cause for particular concern as it reveals that the sector’s innovation system has limited capacity for generating diversified products, which has been the other major trend in global agricultural development in recent decades.

Contribution of the variations in total factor productivity and inputs to the growth of the gross volume of agricultural production in selected economies, 2004–2013

Note: The gross volume of agricultural production and the volume of inputs used are estimated at constant prices in US$2005. The figures correspond to the average logarithmic rates of change for 2004–2013. Total factor productivity is the difference between the rates of change for production and inputs. Source: Prepared in-house using data from the US Department of Agriculture’s ERS.

Intensifying agricultural integration in the MERCOSUR will contribute to improving the sector’s performance. On the one hand, a truly integrated market with no barriers and unified regulations and inspection processes is a necessary condition for developing regional value chains with global potential within this sector. On the one hand, a regional innovation system would help rationalize the use of resources for agricultural science, innovation, and product development and thus bring the local pace of innovation in step with that of leading global economies.

The article by Alejandro Ramos Martínez, integration and trade specialist at IDB/INTAL, and Fernando Vilella, director of the Department of Bioeconomics, Public Policies, and Prospectives at the University of Buenos Aires’ School of Agronomy, published in MERCOSUR Futures. New Directions in Regional Integration , focuses on the role that agricultural integration could play within the MERCOSUR to leverage a broader, more competitive form of global integration for this sector.