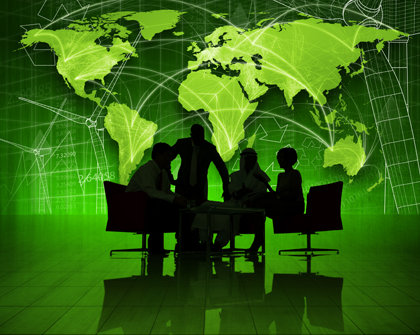 The study by David Corderi Novoa in Eco-Integration in Latin America analyzes the benefits of general environmental protection policies and the effects that these may have on competitiveness. The author also presents measurements of the region’s natural capital and its relative environmental performance.

Business prestige, water and energy savings, lower operating costs, better financial conditions, and the possibility of accessing new markets are just some of the advantages of sustainable development strategies.

Environmental deterioration entails real economic costs for countries. The Country Environmental Analyses (CEAs) carried out by the World Bank for Colombia, Mexico, and Peru conservatively estimate the costs associated with environmental degradation processes that could be prevented locally, such as damage to people’s health, loss of productivity due to soil erosion, and the costs of repairing specific environmental liabilities. The results of these studies suggest that the economic costs of environmental degradation represent approximately 3% of GDP (World Bank 2006, 2007). These environmental costs imply a slowdown in real economic growth but are not reflected in national accounts, which makes it hard for governments to prioritize public investment decisions in relation to them.

As well as having a negative effect on economic growth, environmental performance is an important factor in defining countries’ competitiveness. In this sense, a growing number of studies have concluded that the relationship between companies, the environment, and natural capital could entail opportunities for creating value and making firms more competitive (Porter and Linde 1995, Esty and Winston 2009). Specific studies report, for example, benefits that include reducing operational costs through water and energy savings (Berchicci and King 2007); improving business reputation and market access (TEEB 2012); and accessing better financing conditions(Hanson et al. 2008, TEEB 2010, Houdet et al. 2012).

A review of LAC’s environmental performance reveals existing empirical evidence on levels of environmental pollution and the state of the natural resources and ecosystem services that make up the region’s natural capital.

[1] Environmental governance refers to the institutional, regulatory, and legal framework and the instruments used to apply this framework.

LAC’s abundance of natural capital contrasts starkly with the process of environmental deterioration and the growing threats to its sustainability, which are partly due to the region’s demographic and economic growth, which are causing ever-greater exploitation of its natural resources. The Environmental Performance Index (EPI) (Yale University 2014) reveals that the position of LAC countries is relatively low in relation to those that are considered benchmarks for good environmental performance. Figure 1 compares selected countries in terms of environmental health and ecosystem vitality and shows a clear, significant gap between countries in the region and benchmark countries. Environmental performances vary greatly among LAC countries, which is also the case in Asia: countries like Singapore and South Korea performed relatively well while countries like China, India, and Vietnam ranked among the worst performers.

(See the complete article in the book Eco-Integration in Latin America).