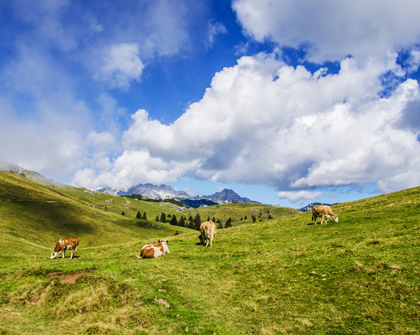 Agricultural trade between Mexico and some South American countries is one of the missing links in Latin American integration.

Mexico’s role in trade negotiations has increased in recent months. There is a possibility of the North American Free Trade Agreement (NAFTA) being renegotiated. At the same time, Mexico has made headway on different negotiations with countries in South America, especially Argentina and Brazil. Agricultural trade is proving to be a major focus of this process.

Mexico currently has 20 trade agreements in force with 52 countries, 13 of which are bilateral (table 1).[1] The largest economy in Latin America, it has agreements in force with nearly every country in the region, with the exception of the Caribbean countries, including Belize, Guyana, and Suriname. Existing bilateral agreements with Chile, Colombia, and Peru have been complemented by the provisions agreed on by the Pacific Alliance. Likewise, earlier agreements between Central American economies have been replaced by a single document that governs Mexico’s trade relations with all of these countries. Mexico has a framework agreement with the MERCOSUR that contemplates negotiations to create a free trade area. Until this happens, trade is only being regulated through partial scope bilateral agreements, and only Uruguay has achieved greater market access to Mexico through a free trade agreement (FTA). Bolivia and Panama also have FTAs with Mexico, while there are partial scope agreements in force with Cuba and Ecuador.

However, the agreement that has been most important for Mexico lies beyond Latin America: NAFTA, its historic treaty with Canada and the United States, which has been in force since 1994. Mexico also has FTAs with Israel, Japan, and almost every country in Europe. Its agreements with Japan and the European Union include issues that go beyond the scope of trade, which is why they are known as association agreements.

* Those aspects of the bilateral agreements between parties that are not affected by the Pacific Alliance Protocol remain in force. ** Outcome of the convergence of the bilateral treaties that Mexico had with Costa Rica, Nicaragua, and the Northern Triangle countries. Source: IDB/INTAL with data from INTradeBID, SICE-OAS, and ALADI.

Despite all these treaties, Mexico’s international trade flows are highly concentrated: between 2014 and 2016, 81% of its exports went to the US and 41% of its imports came from there (figure 1). China is Mexico’s second-largest supplier (17% of total imports) but it is the destination market for only 1% of its exports. Just 3% of Mexico’s imports come from Latin America and the Caribbean while 5% of its exports go there.

Given this context, possible modifications to the preferential ties between Mexico and the United States could create opportunities for some sectors in Latin America and the Caribbean. The greatest potential would seem to be for agricultural products, given the competitiveness of the exports of several Latin American countries in the sector. Between 2014 and 2016, 6% of Mexico’s imports were agricultural products.[2] In that period, it established itself as a market worth approximately US$25 billion per year, equivalent to around 15% of total exports for the agriculture sector in the rest of Latin America and the Caribbean (excluding Mexico).

Grains, meats, and oilseeds and oleaginous fruits make up nearly half of Mexico’s agricultural imports (figure 2). The main grains it imports are corn, wheat, and rice; meat imports are relatively balanced between pork, poultry, and beef; soybeans account for almost half of all imports of oilseeds and oleaginous fruits, with rapeseed and vegetable seeds for sowing representing a smaller share.

Chile is the country in the region with the largest share in Mexico’s agricultural imports (2%): its main exports are fish and poultry, preserved fruit, grapes, and wines. Salmon, the main fish Chile exports, is tariff-free; other types of fish are subject to a tariff elimination schedule which will be complete by 2020. Preserved fruit are tariff-free, as are wines. Chile’s grape exports to Mexico are subject to a tariff elimination schedule that began in 2014 and will be complete in 2025 and which establishes different tariff reductions for four periods of the year.[3]

Mexico imports vegetable oils, wines, malt extract, and maize from Argentina, none of which are subject to preferential treatment and thus are subject to most-favored-nation tariffs. Its imports from Brazil are mainly made up of poultry meat, coffee, soybeans, maize, and pepper; only the latter enjoys a preferential tariff.

Mexico imports palm oil and coconut oil from Costa Rica and Guatemala, both tariff-free; soybeans from Paraguay, which are subject to tariffs; and rice, cheeses, food preparations, and soybeans from Uruguay. Although many of Uruguay’s exports to Mexico are duty-free, one of its main products, soybeans, is not.

Table 3. Imports of Agricultural Products from Mexico, By Main Supplier

As a percentage of total agricultural imports, average for 2014–2016

The Mexican agriculture sector’s levels of protection go some way to explaining the country’s supply structure: while a significant percentage of product lines from most Latin American countries are still subject to tariffs, almost all agricultural products from Canada and the US have duty-free access to the Mexican market. For Canada, the exceptions to this are in Section I of the HS (live animals and animal products), in which tariffs still apply to 25% of tariff lines; for the US, they are in Section IV (prepared foodstuffs, beverages and spirits, tobacco), in which tariffs apply to 4% of tariff lines.

The liberalization of agricultural trade between Mexico and other Latin American countries varies greatly. In terms of trade with countries with which Mexico has significant agreements, only in the cases of Chile, Colombia, and Nicaragua have more than 90% of tariff lines been liberalized in the respective sections of the HS (figure 2). Section II of the HS (vegetable products) has the largest share of tariff-free lines included in all agreements; at the other extreme is Section III (animal or vegetable fats and oils), which has the lowest liberalization levels in terms of the percentage of duty-free tariff lines.

For Argentina and Brazil, with which Mexico has no significant agreements, a detailed analysis of the instruments currently in force reveals that the levels of liberalization within agricultural trade are especially low (figure 3).

Figure 3: Degree of Liberalization of Agricultural Trade between Mexico and Argentina and Brazil

In terms of agricultural trade, the agreements between Mexico and Brazil and Argentina that are currently in force are not very deep. The highest indicator is in Section III (animal or vegetable fats and oils) for Argentina, just 28% of whose tariff lines are duty-free. In Section IV (prepared foodstuffs), which contains more processed goods, just 5% of Argentina’s lines are tariff-free, while 8% of Brazil’s are. In the Mexico–Argentina agreement, the tariff elimination schedule ended in 2010, while Mexico granted preferences for imports from Brazil in 2003. Since then, there has been no progress on the liberalization process in the sector. This standstill is significant in that both Argentina and Brazil have globally competitive agriculture sectors and are seeking to diversify their agricultural markets and products.

A more detailed exploration reveals that the main agricultural goods that Mexico imports from its NAFTA partners are duty-free, while these products pay tariffs if they are from Latin America. Maize, for example, is only tariff-free for Bolivia and Paraguay; the remaining economies in Latin American and the Caribbean face substantial tariffs (20%, on average). The average tariff on wheat is 15%, while for rice it ranges between 9% and 20%, except for Argentina, Chile, Colombia, and Uruguay, which have a 100% preference for some varieties. Both pork and beef are subject to average tariffs of 20% while for poultry, these are between 80% and 100%. Only Bolivia, Chile, and Uruguay have obtained preferential access to some types of pork and poultry products. Within oilseeds and oleaginous fruits, the average tariff on soybeans (the main product in this heading) is 15%. In addition to these restrictions, the high relative shipping costs for these products from the southern hemisphere must presumably be taken into account.

Given the current scenario in which most of Mexico’s agricultural imports come from just a handful of trade partners, negotiations with Latin American countries, particularly Argentina and Brazil, would open up opportunities for both sides: on the one hand, it would reduce Mexico’s risk of depending on the US agriculture sector, and, on the other, it would expand destination markets for the other countries in Latin America, whose exports are currently highly concentrated in the Asian market. It would also add a significant missing link to the Latin American integration process.

The data shows that tariffs on some products (such as poultry) are extremely high. They are also significant for other products in which the region is already active as an exporter and for which it has comparative advantages (maize, wheat, soy, etc.). Expanding existing agreements by adding new products to the list of preferences and committing to further reducing tariffs would be a step toward renegotiating existing agreements. Other integration factors should also be considered, including taking advantage of the benefits that a trade agreement could bring in terms of customs facilitation, the reduction of technical barriers to trade, the standardization of sanitary measures and controls, and electronic trade platforms.

[1]Some of these regional agreements include countries with which Mexico also has bilateral agreements.