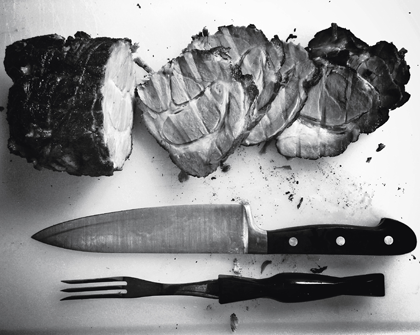 Global Meat Production: The Nutrition Transition and the Key Role of Emerging Countries

The growth in global meat production is linked to a strengthening of supply capacities in emerging countries, including some in Latin America.

In recent decades, the agricultural sectors have been positively impacted by innovation and the growing technological density that has also affected many other activities. At the same time, there have been major changes to the global structure of agriculture, which is one of the areas in which emerging economies have been gaining prominence in both production and trade. New and established trends in the demand for agricultural goods have translated into changes in the microeconomic composition of supply. Meat, in all its varieties, is a fundamental source of protein for humans and has not been immune to these shifts.

In fact, meat is just one of the products that are immersed in the major changes that have been sweeping eating habits in the last few decades.[1] First, there has been steady increase in production capacities for a wide range of food products for at least 50 years. A variety of technological achievements has driven per capita food consumption throughout the world. Greater supply has brought down price pressures and expanded the range of goods. Rapid income growth (particularly in China and India) has given growing swathes of the population greater purchasing power, which has partly been channeled towards food.

Second, since the 1990s, there have been qualitative changes in the composition of diets which some analysts describe as a “nutritional transition.” In part, this signifies that products with high nutritional density have become more important—in other words, those with more proteins, minerals, and vitamins per calorie. At the core of this change is a leap in consumption of low-carbohydrate vegetables, fruits, and vegetable oils, to the detriment of grains, pulses, and starchy roots. In the case of meats, the global “nutrition transition” has not implied substitution but rather the consolidation of a positive trend in consumption and production that began earlier. In any case, although the global diet now tends to contain higher proportions of animal protein, this shift has slowed somewhat in recent years in comparison with two decades ago.

Changes in the Dynamism of Global Meat Production

Global meat production can be expressed through a physical production indicator that groups the three main varieties of meat that are consumed (beef, pork, and poultry) as one relatively homogenous good.[2]

Comparing the dynamics of aggregate output with those of global GDP (figure 1) provides an initial overview of the evolution of meat production in the global economy.[3]

(Biannual moving average of annual rates of change, in percentages)

Note: Meat production represents an aggregate of the physical production of beef, pork, and poultry, measured in metric tons; global GDP corresponds to a series that aggregates national estimates at constant prices through market exchange rates, 2000=100. In both cases, the figures for 2017 are projections. Source: Prepared in-house using data from the US Department of Agriculture and the IMF.

Two clearly defined periods in the relative behavior of global meat production can be distinguished. The first spans the 1990s, when the sector’s output grew at rates that often outstripped global GDP growth. From 2000 onwards, however, the sector’s growth rate sunk below that of the global economy and remained relatively stable up to 2014 (around 2% per year). In the last year, there has been a cooling off in production, which appears to be stagnating.

(Five-year averages of annual rates of change, in percentages)

Note: The final interval spans eight years; the figures for 2017 are projections. Source: Prepared in-house using data from the US Department of Agriculture and the IMF.

The accelerated growth of the sector in the 1990s was driven basically by poultry and pork production, as the pace of beef production in those years remained below that of global output measured at constant prices. This trend was sustained after 2000, although, strictly speaking, only poultry production continued to outperform the global economy. From that point on, the aggregate growth profile for the global meat sector moved into a more mature phase that left the almost explosive expansion of the 1990s behind it.

Meat production per inhabitant provides another indicator of how the sector has evolved.

Source: Prepared by the authors using data from the US Department of Agriculture and the World Bank.

Between 2010 and 2017, an average 35.2 kg of meat were produced per inhabitant per year. This figure is 28.5% above the same average for the first five years of the 1990s (27.4 kg per inhabitant). In other words, in just two decades, the animal protein content of the average global diet (from these three sources[4]) went up by nearly one third. Of course, this has been a very varied process, one that has certainly largely been shaped by the addition of meat to the consumption baskets of groups that previously consumed little or none.

Two aspects of this spectacular global result stand out. First, per-inhabitant growth in meat production has settled down somewhat. Between the first and second half of the 1990s, growth rates bordered on 10%, whereas between 2010-2017 and the previous five-year period, they stood at just 5%. Furthermore, it is clear that this increase has come about through a reshuffling of the importance of different meats within the consumption basket. Beef production went from 9.1 kg per inhabitant in the early 1990s to 8.4 kg per inhabitant in the most recent period.

In fact, production structure has seen some major changes from the year 2000 onwards (figure 4).

Poultry’s current share in consumption has come at the expense of that of beef, mainly, but also of pork. In any case, pork continues to be the most produced type of meat.

The Role of Emerging Countries in Production

The global meat sector has expanded in parallel with a significant shift in different countries’ shares in production (figure 5), principally an appreciable increment in those of developing countries in relation to developed ones. Between 2000 and 2017 (which takes the year in which the sector’s growth began to stabilize as a baseline), emerging economies went from accounting for 57% of global production to 63%. Half of that increase (3.4 percentage points) is due to the growth in meat production in Latin America, especially in Brazil. The most striking change in Asia is India’s increased share (2 percentage points, driven by beef and poultry), while China lost 1.1 percentage points.

The latter result is related to the composition of production in China: its pork and beef sectors grew at higher rates than the global average, but this was not true of its poultry sector, although this was the sector that grew the most globally during the period. In 2017, China accounted for 48% of global pork production, having increased its share by almost 1 percentage point since 2000. During the same period, the country’s share in global poultry production dropped by nearly 4.9 percentage points.

In contrast, the countries of Latin American and the Caribbean now account for 23% of global poultry production, which translates into an increase of 5.5 percentage points in the global share, 4 of which are explained by Brazil.

Global meat production has grown since the 1990s, first at an accelerated rate and then relatively more stably. In the last three years, there have been some signs of stagnation in the sector.

From a long-term perspective, although the growth in meat production has remained slightly under overall global growth, there has been a notable increase in the per-inhabitant production of these products. This is linked to the inclusion of animal protein in the diet of sectors of the population whose income has increased in the last 20 years.

This increase has not been uniform across meat types. The most dynamic sector has been poultry while beef has lost relative market share. Pork continues to outrank the other meat types despite some loss of market share.

Production has become even more concentrated in emerging countries, among which Latin American economies play a significant role, particularly that of Brazil.

[2] The other major source of animal protein is fish, which is not discussed in this article. This indicator comes from the database of the Foreign Agricultural Service at the US Department of Agriculture (USDA). This database is available at the USDA website. More information is also available in its twice-yearly newsletter (published in April and October), Livestock and Poultry: World Markets and Trade.

[3] Of course, the indicator for meat production is a measurement in physical units (metric tons) of gross output in the sector (without considering the economic significance of each type of meat), while global GDP is measured at constant prices and contemplates net output (value-added). All the same, this comparison is an approximation of the sector’s relative dynamism.

[4] As was pointed out above, one significant exclusion from this estimate was fish.