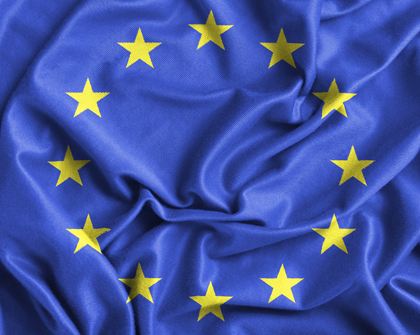 The EU’s recent agreements with Canada and Japan have put it at the forefront of the regionalization of global trade.

Over the last two and a half years, the European Union has signed trade agreements with ten countries and is negotiating with 16 more. These new agreements are being added to the list of existing agreements that the bloc has with 48 of the world’s economies. The negotiations that are currently underway with the four founding members of the MERCOSUR could culminate in an agreement that deepens ties between the EU and Latin America and the Caribbean.

This negotiations-oriented activism may go unnoticed in a context that is overshadowed by Brexit and the snail’s pace of megaregional initiatives and those within the structured multilateral forum at the World Trade Organization (WTO). But despite these trends, the EU has kept up its negotiations on several fronts and has begun to develop strategic standpoints on integration processes. In May 2017, the European Commission published Harnessing Globalisation[1], a reflection paper that argued for the need to include mutually binding rules in agreements such that growth in trade and economic activity have broader impacts that favor all involved. It also suggested that internal policies need to be implemented to support integration if we want to see better integration results. The study underlined the importance of harmonizing regulations relating to the production of goods and services and how they are traded on the market. Issues such as workers’ and consumers’ rights and environmental regulations are relatively important in this sense.

This reflection on integration processes is connected to the EU’s historic flexibility when it comes to establishing external ties: as is well-known, the bloc takes different approaches to extraregional agreements that can be classified into three broad groups, the first two of which involve trade policy. These are:

The proportion of the EU’s trade that is covered by trade agreements gives a sense of the scale of the bloc’s extraregional initiatives—in 2015, 26% of total flows (exports plus imports) fell under one of these schemes (figure 1).

Figure 1. European Union Trade by Partner, with or without Agreements.

Note: LAC: Latin America and the Caribbean. 2015–2017 agreements: these include agreements that were signed or entered into force in this period; they also include the EU–Japan agreement, which has not yet been signed but negotiations toward which have been successfully completed. Pre-2015 agreements: these include agreements that entered into force before 2015. *Member countries of the Regional Convention on Pan-Euro-Mediterranean preferential rules of origin. Source: IDB/INTAL using data from BACI and the European Commission.

The economic importance of two of these cases makes them particularly noteworthy within the EU’s recent spate of negotiations. The first is its agreement with Canada, which accounts for 2% of extrabloc trade and with which the EU has a strong trade surplus. The Comprehensive Economic and Trade Agreement (CETA) was signed in October 2016 and will be applied provisionally as of September 2017;[1] “provisionally” means that trade-related initiatives will be implemented at this point, while those that focus on investment will only be implemented once the agreement has entered entirely into force. CETA liberalizes 99% of bilateral trade: tariffs on industrial products will disappear altogether within seven years. Significantly, tariffs will be eliminated on up to 92% of agricultural products although they will remain in force on certain sensitive products such as beef, pork, and maize for the EU and dairy products for Canada. Trade in poultry and eggs is not covered by the agreement.[2] With regard to trade in services, CETA is the furthest-reaching of the EU’s agreements to date: according to European Commission estimates[3], half of the estimated growth that the CETA is expected to bring will come from trade in services.

Second, the Economic Partnership Agreement with Japan was closed in July 2017 following 18 negotiation rounds over the course of four years. Trade with Japan represents around 4% of the EU’s extraregional trade flows. When the agreement enters into force in 2019, 90% of Japan’s imports from the EU will enter the country tariff-free and tariffs will be removed gradually on a further 7% of products. In particular, 87% of European agricultural products will enter Japan at a zero-tariff rate. Some of the products that stand to gain the most from the agreement are agricultural products, such as beef and pork, wine, and cheese, and various processed agricultural products. Likewise, tariffs on industrial products will be eliminated entirely.[4]

As a result of recent negotiations, the EU has signed agreements with Bosnia and Herzegovina and the Republic of Moldova, two countries that are also members of the Regional Convention on Pan-Euro-Mediterranean preferential rules of origin. Although these two economies play a relatively small role in the EU’s extraregional trade, they are now part of a network that has been articulated by the convention mentioned above. The aim of this instrument is to allow accumulation of origin among all countries that are party to it (all of which are economies that are integrated through a network of free trade agreements) through the implementation of a single legal instrument that will replace the nearly 60 earlier bilateral protocols on the issue. The signatories to this convention include advanced economies that are members of the EFTA (Switzerland, Norway, Iceland, and Lichtenstein) and a group of developing countries, notably Turkey, Algeria, Egypt, and Morocco, among others. This second group accounts for 9% of the EU’s extraregional trade. The inclusive design of this convention and the network of agreements that it brings together will stimulate regional value chains by reducing the cost of moving products through various countries that may specialize in different stages in production processes.

The most significant of the EU’s other ongoing trade negotiations include those with eight economies from the Association of Southeast Asian Nations (ASEAN), which represents 4% of its extraregional trade, and with India, Mexico, and the MERCOSUR, each of which accounts for 2% of this.

The EU already has agreements in force with 15 Caribbean countries (CARICOM and the Dominican Republic), six in Central America (which together form the Central American Integration System, SICA), and four in South America (Chile, Colombia, Ecuador, and Peru). The agreement with Ecuador has been provisionally applied since January 2017. Talks are underway with Mexico and the four founding members of the Southern Common Market (MERCOSUR).[5]

Mexico has a Global Agreement in force with the EU since 1997, but it was decided in May 2016 to begin negotiations toward modernizing the trade pillar of this agreement. The fourth round of this process took place between June 21 and July 5, 2017, in Mexico City, and the next will be held in Brussels between September 25 and 29.[6]

Negotiations with the MERCOSUR have stretched out for over a decade.[7]The 28th round of talks took place in Brussels between July 3 and 7, 2017, and the next will be held in Brasília between October 2 and 6. Some texts have largely been agreed upon, namely those relating to customs facilitation, administrative assistance, financial services, and movement of capital. There has also been significant progress on trade in goods, services, government procurement, geographical indications and destinations of origin, sustainable development, and dispute settlement.[8] It has been suggested that the agreement may be signed toward the end of 2017.[9]

In conclusion, the EU has kept up a negotiation strategy that has begun to bear fruit in recent years. Its negotiating position offers Latin America and the Caribbean the possibility of cementing more up-to-date preferential trade agreements. Tangentially, the trade architecture that the EU and its Mediterranean partners have designed to incentivize regional value chains may also provide interesting opportunities for improving the region’s network of agreements.

European Commission (2017a). “Reflection Paper on Harnessing Globalisation.” Brussels, May 10.

_______ (2017h). “Report on the Fourth Round of Negotiations for Modernising the Trade Pillar of the EU-Mexico Global Agreement.” Brussels, July 19.

_______ (2017i). “Report from the XXVIIIth Round of Negotiations of the Trade Part of the Association Agreement between the European Union the MERCOSUR.” Brussels, Jul. 18.

[7] For a detailed analysis of EU–MERCOSUR negotiations, see Makuc, Rozemberg, and Duhalde (2015).