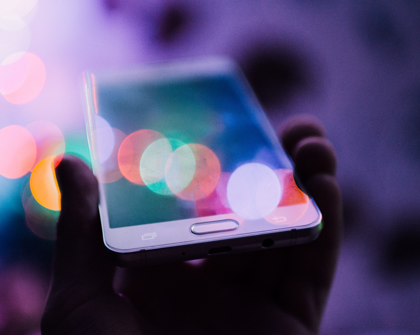 The New Potential of Lithium

The development of portable electronics has been putting pressure on the lithium battery industry. This article looks at the projects underway in Chile, Argentina, and Bolivia, which have the largest global reserves of the mineral.

The massive spread of portable electronic devices has driven the development of the battery industry, which is seeking to produce more efficient, better performing batteries at lower costs. The demand for greater autonomy and battery power has taken off with the spread of smart phones, tablets, and laptops, although the needs of terrestrial and air-born mobile robotics are also becoming more pressing. Other factors that are also giving this market momentum are the transition to electric transportation—cars, buses, motorbikes, bicycles—and the need to store solar and wind power.

The lithium ion batteries that are now standard are a mature technology that Sony first began to sell in 1991. According to the consultancy firm Allied, the global market for Li-ion batteries will reach US$46.21 billion in 2022, much of which is explained by the growing electric transportation industry. Within the first segment of the value chain, global demand for lithium reached 188,000 tons in 2017, according to mineral consultancy firm SignumBox. The more conservative scenario the firm is estimating for 2035 would be a market of approximately 610,000 tons of lithium carbonate, half of which would be used to produce batteries, but its more optimistic predictions suggest that demand may increase to as much as 1.2 million tons.

Meeting demand for lithium has become a priority for technology firms and vehicle manufacturers, so much so that the price per ton has risen between 40% and 60% since 2015 globally, but 300% in China, according to a report published by the US Geological Survey.

The impact this will have on Latin America and the Caribbean is considerable, as more than half of the world’s lithium reserves are in the salt flats of Argentina, Chile, and Bolivia. Different initiatives are currently underway in these countries to increase production and exports of the raw material, attract investment, introduce sustainable mining techniques, and install battery assembly plants.

Li-ion battery production is concentrated in China, Korea, Japan, and the United States and is led by global players such as Panasonic, Samsung, LG, Samsung, Sony, and CATL, who are starting to establish strategic partnerships with mining companies to guarantee their lithium supply. One of the major players in the battery world is undoubtedly the electric car manufacturer Tesla, which entered into a partnership with Panasonic and invested US$5 billion to set up a battery factory in the US state of Nevada, mainly to supply batteries for its Model 3 car, which will be launched at the end of this year. The Gigafactory, as the plant is known, will produce 500,000 batteries a year.

Electric car manufacturing is transforming the lithium market. “A single Tesla battery contains as much lithium as 17,000 cell phones,” says Ernesto Calvo, a CONICET researcher from Argentina and the director of the Institute of Physical Chemistry for Materials, the Environment, and Energy (INQUIMAE) run by the University of Buenos Aires and CONICET. According to the consultancy firm Roland Berger, the countries that are leading sales of hybrid and electric cars are China, the United States, France, Germany, and Japan, spurred on by government subsidies and regulations. In China alone, sales of these types of vehicles passed the 350,000 mark in 2016; and the country has also set itself the ambitious target of concentrating 20% of the electric car market by 2025, and between 40% and 50% by 2030.

Can lithium production and battery manufacturing meet demand on this kind of scale? “Because of the expectations that have been building around the development of electric cars, a large number of Li-ion battery factories have been built throughout the world, but investment in lithium mining has not kept pace with this growth, so there is currently a gap between the production of raw lithium and the demand for it in battery manufacturing. In fact, the country where lithium carbonate production has grown the most is Argentina, where it has risen by 16%,” says Daniel Barraco, director of the Sustainable Energies Laboratory (LaES) at the National University of Córdoba.

How can Latin America play a more prominent role in this industry? “It’s an emerging market, a window of opportunity. We could play a part by developing battery factories for the automobile industry or attracting investment for doing so: Latin America is going to need its own Gigafactory to supply the domestic market and the vehicle factories that are based in the region,” says Jaime Alee, the former director of the Lithium Innovation Center at the University of Chile and the founder of the start-up ELIBAT. “The next four or five years will see growing demand for services related to batteries for electric cars, bicycles, buses, and motorbikes, including technical support, monitoring, maintenance, and charging stations. A new chain of parts and components for the electric vehicle industry will also open up, which will require other types of services. In Chile, for example, there is an electro-mobility plan in Santiago, which means that 100 electric buses will be added to the fleet. This is a challenge, as it will be one of the largest electric fleets in the world and will spark a change in the transportation paradigm.”

“Lithium is the lightest metal and is highly electropositive, which makes it ideal for storing electricity in chemical form,” says Ernesto Calvo in one of his publications. But he warns that “whether electric vehicles with greater autonomy become a reality depends on the development of lithium-iron, lithium-air, and lithium-sulfur batteries.” What challenges is the industry facing?

The problem is that vehicle batteries are currently expensive (approximately US$10,000) and only provide 150 kilometers of autonomy. This is why R&D at universities and firms throughout the world is focusing on developing lithium-air batteries, which could compete with gasoline or diesel. “We need to distinguish between the Li-ion batteries that we use in cell phones and laptops and the advanced lithium-air batteries which are the only type that can match the energy density of fossil fuels and which are needed to achieve autonomy of over 200 kilometers in an electric car,” Calvo explains. “However, there are no commercial models available yet and the stability of their components is still being researched, as is their loss of capacity with each charge cycle.”

INQUIMAE is also researching this technology. “We are still at the laboratory stage—there are a lot of technical problems to be solved before we reach the market,” says Calvo. “Lithium-oxygen is a new technology and we are studying the fundamental electrochemistry of it because the problem with these batteries is that capacity drops after several charge cycles.”

The team of researchers that Calvo leads has created a new, more sustainable method for lithium extraction that does not cause evaporation or water loss and is also quicker than the technologies that are currently being used. “If demand for lithium increases and 100,000 tons need to be produced, for example, then that would multiply the impact on the environment,” he argues. This process, which has already been patented, earned Calvo the DSM Bright Minds Challenge Award in June 2017. The next steps are to study the electrochemistry of the process and develop the engineering side, with the aid of the 500 hours of expert support that will be provided by the companies that organize the award. “Our aim is to establish a pilot plant to extract 100 kilograms of lithium carbonate per day and prove that our method is industrially viable. After that, we will need investment to keep scaling up the process,” says Calvo. The consortium behind this project is made up of the University of Buenos Aires, CONICET, and the National University of Jujuy.

Argentina has active salt flats in the provinces of Catamarca, Salta, and Jujuy and is hoping to triple its current lithium production capacity (35,000 tons per year) by 2021 through new investments and projects. The value of exports is expected to climb to the US$800 million. As a consequence, the state-owned firms Y-Tec and Jujuy Energía y Minería (Jemse) signed an agreement this year with the Italian firm FIB-FAAM (SERI Group) to set up a battery cell manufacturing plant in the town of Perico. The project will require an investment of US$49 million over 12 months. According to the government of Jujuy province, the aim is to add value to local lithium production. To develop this technology, the factory will be working with the Lithium Institute, which depends on the National University of Jujuy and CONICET.

Another country that is pursuing the industrialization of lithium is Bolivia, which implemented a pilot battery assembly plant three years ago, a turnkey project developed by a Chinese firm. Bolivian professionals are learning to use these technologies on-site.

Chile is also preparing to meet the growing global demand for lithium. “According to our prospective studies, electro-mobility will experience a global boom partly due to the Paris Agreement on climate change but also because of the Chinese government’s concern over pollution levels in the country’s main cities. The way they are planning to address this is through electric transportation, which uses Li-ion batteries,” says Eduardo Bitrán, vice president of Chile’s Production Development Corporation (Corfo), which launched an international call for tender to attract investment for industrializing lithium production. According to Mr. Bitrán, other trends that are feeding this demand are the shift toward solid-state batteries, which are safer and more efficient than the technology that is currently in use, and the spread of renewable energy sources, such as solar and wind power, which need stationary storage to solve intermittency problems.

For Chile, global lithium demand is an opportunity to increase its exports and diversify the economy by developing activities that add value to this raw material. With this end in mind, in June 2017 Corfo and InvestChile closed the call for local and international firms to tender investment projects for industrializing lithium carbonate and developing other complementary materials. Following the signing of a specific agreement, the Albemarle company, which is currently operating in the Atacama Salt Flat, will provide 25% of its lithium output at a preferential price from now until 2044 to be used for these activities.

Twelve proposals were put forward from companies such as Unicore and Samsung, which are currently being analyzed on the basis of different economic, technical, and environmental traceability factors. The projects that have prequalified will be announced in August, and these must provide a binding offer including a bid bond for approval in January 2018. “The proposals are mainly for manufacturing cathodes and cathode materials (which are components of batteries) for assembling lithium batteries and developing batteries for LED lighting,” Mr. Bitrán explains. “The idea is to set up this manufacturing process in Chile because we have all the necessary inputs and sufficient solar energy at reasonable prices.”

“We put out the call to tender to attract firms that can add value to lithium and develop other complementary inputs that are available in Chile, such as cobalt and phosphate, so that we can at least reach the global market with cathodes and then move up the value chain,” says Mr. Bitrán. “If we achieve our aims, which also involve incentives for extracting lithium from other salt flats and improving the efficiency and output of those that are currently in operation, by 2035 Chile will be able to export 500,000 tons of lithium at approximately US$8,000 per ton , including products with value added. This will make lithium the second-largest export sector in Chile.”