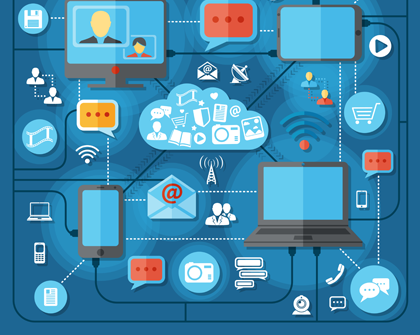 This year, the Internet of Things will grow by 20% globally. This article examines the main applications for a technology that is still in its infancy and the industries where it is being used.

The Internet of Things (IoT) promises to transform different sectors of the economy and the dynamics of daily life. The first applications for it began to roll out with the spread and falling costs of wireless data networks, sensor technologies, and smart devices.

5G Americas defines the IoT as a network of physical objects, machines, people, and devices that enable and facilitate connectivity and communications by exchanging data between applications and intelligence services. The IoT thus integrates the physical and the digital worlds and generates exponential quantities of information. Expectations around this technology are high, as connecting tablets, smartphones, vehicles, robots, engines, industrial machines, sensors, and household appliances, among many other devices, is the foundation for developing innovative applications in transportation and logistics, public services, and industry.

According to the consultancy firm IDC, this year the IoT segment will grow by 20% and reach a business volume of US$800 billion, while by 2021 it will have reached US$1.42 trillion as “organizations continue to invest in the hardware, software, services, and connectivity that enable the IoT.” Likewise, an IDC survey of 4,500 firms around the world indicates that 46% of companies in Latin America are familiar with IoT technology. Although just 10% of these have implemented IoT solutions, the remainder have plans to adopt it, with different levels of sophistication, in the next two years. In contrast, 30% of firms in the United States and Europe have already done so.

“The three main factors that are accelerating the implementation of IoT in Latin America are process automation, the desire to increase productivity and efficiency, and to reduce operating costs, which is closely aligned with organizations’ business objectives,” says Diego Anesini, director of Enterprise for IDC Latin America. “Although at this early stage of implementation, the objectives are mainly about automation, we could take greater advantage of the IoT during the second stage by connecting big data and analytics systems that allow us to process information, interpret it, and make decisions. Then users will perceive greater value from the perspective of innovation.”

Mr. Anesini argues that the main challenges today include implementation costs—not just investments in hardware and sensors, but also because of the organizational change and adaptation that these technologies entail. Other hurdles are network and device security and the limitations of existing infrastructure, such as telecommunications and roads, both within individual companies and at the country level.

“For the time being, the IoT is still an emerging technology, but it is growing quickly,” says Ignacio Perrone, telecommunications industry manager for Latin America at consultancy firm Frost & Sullivan, who estimates that by 2020 there will be 50 billion online devices in the world, 80% of which will be IoT sensors. “At the global level, our projections indicate an economic impact of between US$4 trillion and US$11 trillion by 2025, depending on whether you use a conservative or an aggressive context. The estimate for 2017 is about US$200 billion, and we are expecting a volume of nearly US$3 billion by 2020 for the front-runner in Latin America, which is Brazil,” he says.

“IoT will grow according to the levels of economic innovation in each productive sector in the economy and also based on government initiatives that aim to create smart cities and buildings,” Mr. Perrone adds. “For example, the analog switch-off is a strong catalyzer for people to change their television sets, which will lead to an increase in smart devices that can go online.”

José Otero, the director of 5G Americas, an umbrella organization for service providers and manufacturers in the telecommunications industry in Latin America and the Caribbean, agrees. “We are currently at the first stage in the growth of the Internet of Things in Latin America and the rest of the world,” he says. “Vertical segments such as transportation, security, and energy will drive the adoption of these technologies around the world. In the mass market segment, growth will be driven by online vehicles and appliances. According to figures from Gartner, machine-to-machine wireless connections alone will grow from 14 million in 2014 to over 160 million in 2024.”

According to a global IDC survey, the industries that are investing most in IoT this year are manufacturing (US$183 billion in expenditure), transportation (US$85 billion), and public services (US$66 billion). This year the consultancy firm expects that the most significant investments will be in factory operations, freight monitoring, managing production assets, smart grid technology for electricity, gas, and water services, and smart buildings. Although the latter sectors will remain the largest until 2021, those that will see the most rapid growth are smart home technology (19.8%), the automation of airport facilities (33.4%), loading electric vehicles (21.1%), and contextual marketing (20.2%).

“Although globally we have recorded 49 different types of uses for IoT, 80% of these projects are for public services, transportation, logistics, and manufacturing,” Mr. Anesini says. In Mexico, for example, the Federal Electricity Commission (CFE) is including smart electricity meters to reduce technical and nontechnical errors in user consumption and thus obtain savings.

The Asia-Pacific (excluding Japan) is the region that will invest most in IoT technology—US$455 billion for 2021. The United States ranks second on this list (US$421 billion), followed by Western Europe (US$274 billion). However, the regions where expenditure on IoT will grow most will be Latin America (21.7%) and the Middle East and Africa (21.6%).

What conditions will allow this market to develop? “The global and regional factors driving the IoT include the falling price of sensors, miniaturization, the need to cut costs and make processes more efficient, ubiquitous connectivity, and the need to find new business models that generate new sources of income,” explains Mr. Perrone, at Frost & Sullivan. However, “there are still doubts about security, regulatory hurdles, problems with interoperability, and limited capacity.”