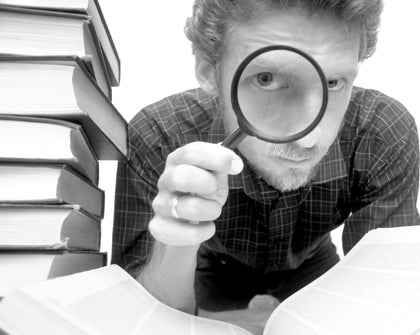 The aim of this study is to explore the recent integration of Latin America and the Caribbean (LAC) into global markets. To this end, this publication contains extracts from ECLAC papers published since 2010.

The text explores the link between LAC’s role in international trade and the achievement of inclusive growth, and considers the regional integration process to be a key factor in this process.

The most noteworthy of the topics discussed are, first, the international economic context that the region is facing, which is characterized by the slowing down of developed countries’ economies in comparison with the dynamism that preceded the global crisis of 2008–2009. The publication emphasizes three changes to the global economy: the acceleration of technological change, the growing role of developing countries in global growth, and the increasing importance of global and regional value chains (GVCs and RVCs).

Second, it analyzes the negotiations of the three major mega-agreements (TPP, TTIP, and RCEP), emphasizing that they involve a limited number of countries rather than operating at the multilateral level, but will have a significant impact on the rules of international trade in the future.

Third, the publication examines the evolution of trade relations, investment, and economic cooperation between LAC and its major extraregional partners, highlighting the growing role of China and the Asia Pacific, in contrast with the shrinking share of the United States and the European Union. In this sense, the text highlights the need for a new relationship with Asia, privileging complementarities and spaces for cooperation, with LAC countries acting in coordination to put this relationship into practice.

Fourth, the study describes some of what ECLAC perceives as being the weak points of the region’s export performance in the first decade of the 2000s.

Fifth, it shows LAC’s share in GVCs and RVCs by exploring interesting linkages in the textile and garment industry in the Andean Community and Central America, the automotive sector in Argentina and Brazil, the pharmaceutical industry in Mexico, and the cocoa industry in Ecuador, among others.

Sixth, it refers to the need for commercial and productive integration in LAC in the face of the global transformations taking place in a world divided into macroregions, due to the fact that intra-regional trade is associated with export diversification, the internationalization of small and medium-sized enterprises, and the creation of productive chains.

Seventh, it examines the connections between integration and industrialization, stressing that despite significant progress in tariff-related issues, much less progress has been made in regulatory matters, which hampers the creation of RVCs and greater regional productive integration. In this sense, the publication highlights the need to move towards a regional market with common rules for trade and investment, including in relation to issues such as regional financial cooperation, digital cooperation, and physical infrastructure for energy, transport, and logistics.

Eighth, it puts forward ten guidelines for regional integration that include policy and institutional recommendations such as promoting equality, in addition to advancing in a flexible fashion towards the convergence of the various existing integration schemes.

Ninth, the text discusses how international trade contributes to inclusive growth from the theoretical perspective, through channels such as productivity increases, export diversification, the creation of export-oriented employment, and the internationalization of companies. It then reviews the literature providing empirical evidence in this regard. It points out that international trade can contribute to economic growth and social inclusion, under certain conditions and with the support of trade-related and other complementary policies.

The publication contributes to the debate through its up-to-date examination of integration processes in the region, and reveals both the strengths and limitations of these. From the perspective of public policy, the paper suggests various measures through which progress could be made in order to progress towards convergence of the various agreements in order to better integrate the different subregions, including social aspects such as inclusion. The study’s value lies in the fact that it summarizes, in a single document, ECLAC’s perspective on integration and provides public policy recommendations that take regional differences into account.