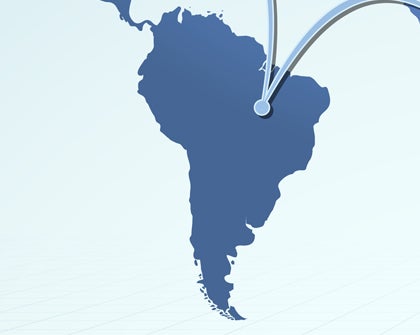 The MERCOSUR Report: The State of Affairs and Current Trends

MERCOSUR Report No. 20 analyzes the macroeconomic outlook and member countries’ trade and investment flows, as well as the main points on the bloc’s internal and external agenda.

Rather than contributing to an improvement in the macroeconomic climate of the MERCOSUR, the international context has had the opposite effect. The difficulties in the global economy have worsened since mid-2014: in addition to weak international demand there has been a reduction in global trade and investment, and in commodity prices. The only factor counterbalancing this process is the mild and unstable recovery of the developed economies, of which the United States has performed best. The slowdown of China, the main market for MERCOSUR commodities exports, is an important factor in explaining how the external sector has ceased to leverage the bloc’s performance as a whole.

In 2014, both exports and imports contracted, and this drop was accentuated during the first half of 2015, when the negative trend spread to all countries in the bloc, affecting trade with its main partners and most product categories. Given its cyclical nature, trade within the MERCOSUR shrunk more than trade with the rest of the world, mainly as a result of lower flows between Argentina and Brazil, especially in the automotive sector. Paraguay was the only member of the bloc that managed to increase its sales to the MERCOSUR throughout the period in question. As well as examining trade with extraregional partners and intrabloc trade, the report includes a section on trade between the MERCOSUR and Bolivia, a country in the process of joining the bloc.

Between July 2014 and July 2015, the MERCOSUR domestic agenda was structured around three core areas: economic and commercial issues, institutional matters, and the social dimension. In the economic/commercial sphere, work continued on various initiatives to promote productive integration and reduce asymmetries between member countries. At the Brasilia summit, it was decided that FOCEM and the corresponding technical unit would be extended for ten more years, although there were no changes to its budget. One of the most noteworthy recent highlights was Brazil’s presentation of a proposal to sign a Cooperation and Facilitation Investment Agreement in September 2015.

At the institutional level, the most relevant aspect of the domestic agenda in the period under analysis was the potential expansion of the MERCOSUR, that is, the regularization of agreements for the accession of Bolivia and association of Guyana and Suriname, signed during Paraguay’s suspension from the bloc. However, no significant progress has been made on the entry process for Venezuela. Also of note is the regularization of the institutional reorganization of the Common Market Group (GMC), the appointment of new authorities, and some aspects related to the MERCOSUR Parliament.

At the same time, the individual negotiations carried out by Argentina and Brazil with Mexico over trade in the automotive sector did not reflect prior efforts at intra-bloc coordination, as had been suggested in 2014. During this period, the new administration of President Tabaré Vázquez in Uruguay promoted various initiatives for rapprochement with the other MERCOSUR countries. Uruguay thus reached different sectoral agreements with Brazil and Paraguay, and joint negotiation proposals were also agreed upon with the latter country to be presented within the MERCOSUR framework.

The report also examined the bilateral negotiations that the different members have maintained with Bolivia over the period. In particular, it describes individual energy negotiations between Bolivia and Brazil and Argentina, as well as infrastructure initiatives in the context of URUPABOL. Finally, the report summarizes two salient facts concerning the links between some member countries and the United States.

In terms of links with the Pacific Alliance, the MERCOSUR put forward a concrete proposal for a joint Action Plan, though it has yet to receive a response from the other party. As such, the initiative and thrust that biregional relations experienced toward mid-to-late 2014 have not developed further over 2015.

Progress has been made on the links between MERCOSUR members and China both in terms of formal relations with the bloc (especially in recent years) and at the bilateral level. The recent history of this relationship reveals the growing use of complementarity relations between the two parties. This has emerged in the wake of China’s integration into the multilateral trading system and its consolidation as a strong source of demand for raw materials and as a supplier of manufactures and, subsequently, its growth as a major international financing center. Today, China is an important, dynamic presence in the external sector for MERCOSUR countries.

As such, a negotiation agenda that will help to improve this link would play a prominent role within these countries’ foreign relations. In a context in which the dynamism of trade and global activity have been weakened following the international financial crisis, the “manufactures for raw materials” trade pattern that dominates trade relations between China and the MERCOSUR has given way to deterioration and deficits in the balance of trade in goods for most MERCOSUR countries.