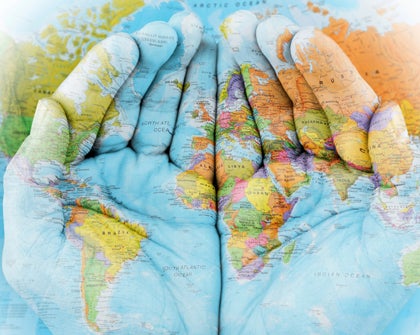 The Benefits of Being an OECD Member

By meeting international standards and completing reviews, countries that become OECD members are seen as potentially more attractive recipients of foreign investment. The accession process takes at least a year.

The Argentinian government has announced that it will begin the process of becoming part of the Organisation for Economic Co-operation and Development (OECD) at the end of February 2016, at which point it will establish a schedule of the steps it must follow in order to adapt to the organization’s standards. If it does join this select group of countries, it will be the second nation in South America to do so, after Chile, and the third in Latin America, as Mexico is also a member.

The OECD is a group of 34 countries which have in common the fact that they have democratic systems of government and market economies. It has been referred to as the “rich-country club” because its members represent around 70% of the global market.

The OECD was created in 1961 with the goal of promoting policies that improve people’s economic and social well-being. The OECD provides a forum where governments can work together to share experiences and seek solutions to common problems. Its tasks also include developing indicators of productivity and global trade and investment flows, analyzing and comparing data to predict trends, and setting international standards for a wide range of public policy issues.

The OECD emerged after functioning for 12 years as the Organisation for European Economic Co-operation (OEEC), which was founded to help implement the Marshall Plan for the reconstruction of Europe after the Second World War.

OECD members become benchmark countries that set quality standards in different areas of trade and investment. In this regard, the OECD creates policy recommendations following the assessments that its experts carry out in member countries. This aspect is similar to the reviews carried out by the International Monetary Fund (IMF) within the framework of Article IV of its Articles of Agreement. Another point in common with the IMF is that the OECD publishes twice-yearly macroeconomic reviews (OECD Economic Outlook), which analyze the main global trends and examine the economic policies that would be required to foster high, sustainable growth in member countries.

To carry out these reviews, the OECD sends experts to a given country—these are generally from another member state, which is why the process is referred to as a “peer review”—who make contact with different agents regarding specific issues, such as health or education policies, among other development-related areas.

Becoming an OECD member also leads to a greater variety of statistics being available on the country in question: the organization publishes information regarding its members on a broad spectrum of topics, including agriculture and food, development, education, gender studies, and macroeconomic data. There is also a work area involving technical meetings on policies that member states have agreed on.

However, one of the points that is most significant for countries such as Argentina is the international recognition that comes with membership, in particular the possibility of attracting foreign direct investment (FDI). For some organizations, OECD membership is one of the necessary conditions for investing in a given country. In a way, the OECD is a “quality seal” in such matters. Regardless, it is clear that OECD membership is an important factor for increasing FDI, although it is not the only one. When Mexico and Chile became OECD members, FDI increased, but this was also the case in countries such as Brazil, which is not part of the organization.

The period during which accession is formalized consists of several stages in which the country seeking membership is asked to comply with various OECD quality standards (such as meeting certain statistical standards), a process that takes at least a year.

In turn, the organization evaluates the institutions of any country wishing to join, as well as the policies it applies in various areas. Following the unanimous agreement of member countries, the last step in the accession process becomes a reality when the candidate country deposits an instrument of accession to the OECD Convention.

Chile was one of the last countries to join the OECD. It did so in May 2010 after more than a year of negotiations, during which it adapted various aspects of its domestic policy to meet OECD standards.

In 1961, 20 countries signed the agreement that gave rise to the OECD. By 2015, 14 more countries had become members. In 2013, Colombia and Latvia began the accession process, while Russia has been negotiating membership since 2007. In 2015, Costa Rica and Lithuania also began to seek admission. The accession processes for all these countries are still underway. If Argentina is added to the list, the number of countries that are currently seeking accession would total six.