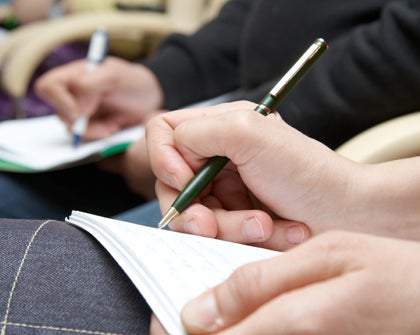 The physical integration of South America is a vital issue for the peoples of the region and a priority in government agendas. COSIPLAN is constantly working on revising and updating projects, improving information quality, and disseminating project results and benefits.

Over the last decade, the composition of the COSIPLAN Project Portfolio[1] has been modified and updated several times as a result of countries’ territorial planning processes. The number of projects in the portfolio and estimated investment in these has risen every year except 2014, when, as a result of a thorough analysis, countries decided to exclude those projects on which no progress had been made since 2008 or earlier. In 2015 the number of projects increased again.

The COSIPLAN project portfolio currently includes 593 integration projects for an estimated investment of US$ 182.44 billion, distributed throughout South America.

With regard to project numbers, some Integration and Development Hubs—such as the Andean Hub and the Peru–Brazil–Bolivia Hub—have remained relatively stable since 2007. Other hubs have been gradually contracting, as is the case of the Guianese Shield Hub, while a third group has steadily grown: the most striking case is the MERCOSUR–Chile Hub, the number of projects in which almost doubled during the abovementioned period.

Because the portfolio is not closed, the total number of projects varies from year to year as new projects are added and others are excluded. New projects can enter the portfolio at different stages of their life cycle[2], which makes it impossible to take 2004 as the base year for comparisons between the different years in order to analyze the evolution of the portfolio. The number of projects completed each year has been increasing

However, some projects may appear to be at a standstill if they remain at the preimplementation stage for a long time. This is due to the fact that, as agreed by countries, this stage involves the carrying out of all the studies needed to define the project, and taking the steps required to obtain the necessary resources. Accordingly, progress may actually be underway on projects within that phase, and this would be recorded in the Project Information System (SIP).

Therefore, a more appropriate way of measuring the progress made on the portfolio is to consider works that have been completed. As can be seen in the chart above, over the period 2008-2015, the number of completed projects has increased annually to reach levels twice that of the initial figure.

The increase in project numbers was mainly due to the inclusion of new projects in Groups 1 and 2 of the Southern Hub, which expanded its area of influence.

On the other hand, the 11% increase in the estimated portfolio investment was explained almost entirely by the inclusion of one project in the Andean Hub: Ecuador’s Electric Freight Train, which is in the profile stage and will entail an estimated investment of US$ 17.80 billion.

(No. of projects and millions of US$)

Notes: (*) Investments made in two existing projects before the IIRSA Initiative was launched have not been included. These projects are the Road Corridor Connecting Santa Marta–Paraguachón–Maracaibo–Barquisimeto–Acarigua in the Andean Hub; and the Itaipú system in the MERCOSUR–Chile Hub. (**) There are two “hinge” projects that belong to two hubs; therefore, the totals in the number of projects and estimated investment columns do not match the arithmetic sum of the totals by hub. These are: (i) the Pircas Negras Border Crossing, part of the Capricorn and MERCOSUR–Chile hubs; and (ii) Paving of the Potosi–Tupiza–Villazón Road, belonging to the Capricorn and Interoceanic Central hubs (hinge projects articulate two or more Integration and Development Hubs, play a role in more than one hub, or articulate two or more project groups within one hub).

How Integration Affects Our Lives