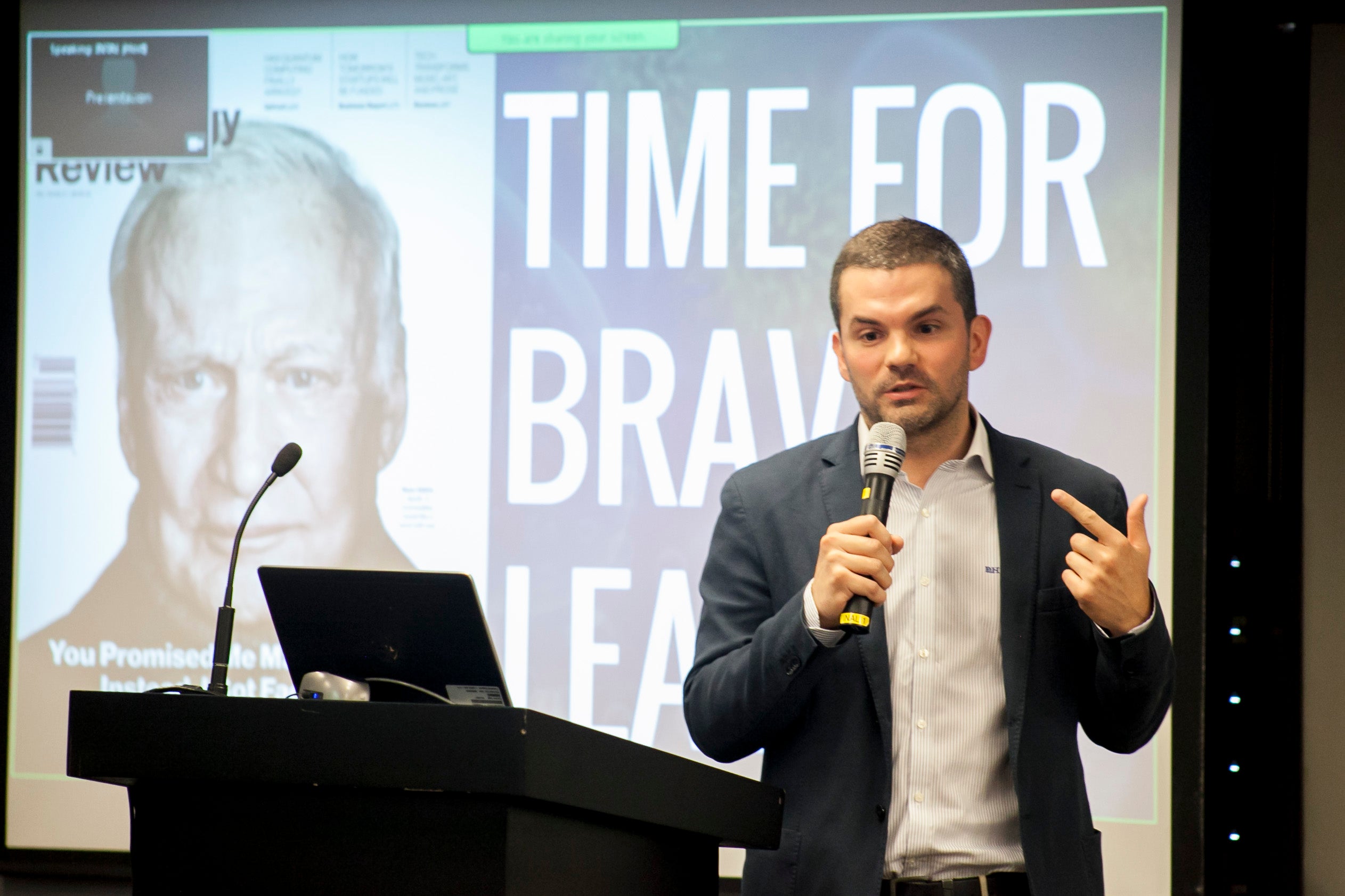 The Ten Technologies That Will Most Impact Our Lives

According to an expert from MIT who gave a presentation at INTAL-Lab, the main changes will be in energy, transportation, and health. The impact on trade and integration.

The INTAL Colloquium: Glocal Future (link in Spanish) analyzed the impact of new technologies on production, trade, and integration in Latin America. At the event, which was organized by the Institute for the Integration of Latin America and the Caribbean (IDB/INTAL), , director of the MIT Technology Review’s Innovators Under 35 program, presented the ten technologies that will most impact our lives in the next few years and outlined the consequences these may have for trade and integration.

According to Salazar, the world is changing exponentially. In other words, cycles of change are taking place increasingly faster and over ever shorter periods of time. As a result, we need to rethink the consequences of this exponential model and the opportunities it brings.

Each year, the MIT Technology Review profiles ten breakthrough technologies. In 2016, the publication pointed out that the most profound changes are coming from the smallest things: bits, atoms, and cells. Within this first group, bits, the magazine singled out four technologies: i) conversational interfaces, a platform based on speech recognition; ii) robots that teach each other; iii) driverless cars (TESLA autopilot); and iv) Slack, a digital tool that allows you to follow the work of an entire corporation in real time.

Within the second group, atoms, Salazar presented v) power from the air, technologies that are creating devices that are powered by WiFi and other electromagnetic signals; vi) high-efficiency solar panels (SolarCity’s Gigafactory); and vii) space rockets that can land and be reused (SpaceX).

In the cells group, the breakthrough technologies selected were: viii) immune engineering, that is, genetically engineered immune cells that can save the lives of cancer patients and, in the future, those with other diseases; ix) precise gene editing in plants; and x) an app that allows you to share your own genetic code through a kind of online store so that the information you provide can be used for biological and medical research.

Mr. Salazar also presented the real impact that these technologies could have on trade and integration. For example, he explained that robotics entails the moral and ethical dilemma of how far jobs can be digitized at the expense of employment and the labor force. Its application would lead to a reduction in costs and the relocation of firms.

Finally, he stressed the challenge of continuing to be relevant as entrepreneurs in a rapidly changing world. To this end, he underlined the need to create what he called “brave leaders.”

“All these changes will impact trade and integration. For example, petroleum-producing countries will have to adapt their foreign trade to transformations in the energy industry, and international transportation regulations will have to contemplate driverless trucks and boats,” he argued.

The president of Los Grobo Group and founder and director of Bioceres SA, Gustavo Grobocopatel, agreed that technological changes are taking place at high speed. From his point of view, new technologies are trying to capture and tame energy in order to create food supplies, improve people’s quality of life and health, and to provide entertainment, among other things. By capturing energy, plants function as “little factories,” an idea that calls into question the traditional difference between “agriculture” and “manufacturing.”

He claimed that technological convergence is bringing about an energy-based revolution because we are starting to see different ways of capturing energy that are more efficient and less costly, such as solar and wind power. Through these new technologies, we are starting to see some form of solution to the biggest problems facing humanity—such as food security, global warming, and poverty. The challenge, then, is how to put technology to work for humans, how to “harvest energy” to make it available for solving human problems.

From the IDB’s headquarters in Washington, José Miguel Benavente, head of the IDB’s Competitiveness, Technology, and Innovation Division, gave his opinion on new technologies. First, he looked at technology from the production side, an area where he claims that the challenge facing the IDB is identifying the role it can play in this process. Second, he considered the use of these technologies, namely the fact that they first tend to be created and adopted in developed countries, although they go on to be applied more broadly in countries where circumstances are similar to those of Latin America, which implies that the region needs to be prepared for them. Third, there is a strong divide between the tech and academic world, on the one hand, and the productive sector, on the other. These three approaches need to come together if humanity’s problems are to be solved.

The three experts agreed that technological breakthroughs no longer happen within academia but rather within the private sector, which takes concrete needs as a starting point for seeking novel ways of solving problems while moving toward productive transformation. This underscores the need to forge alliances between the public and private sectors that also include academia, so as to create synergies in investment and train a skilled labor force for production in the future.