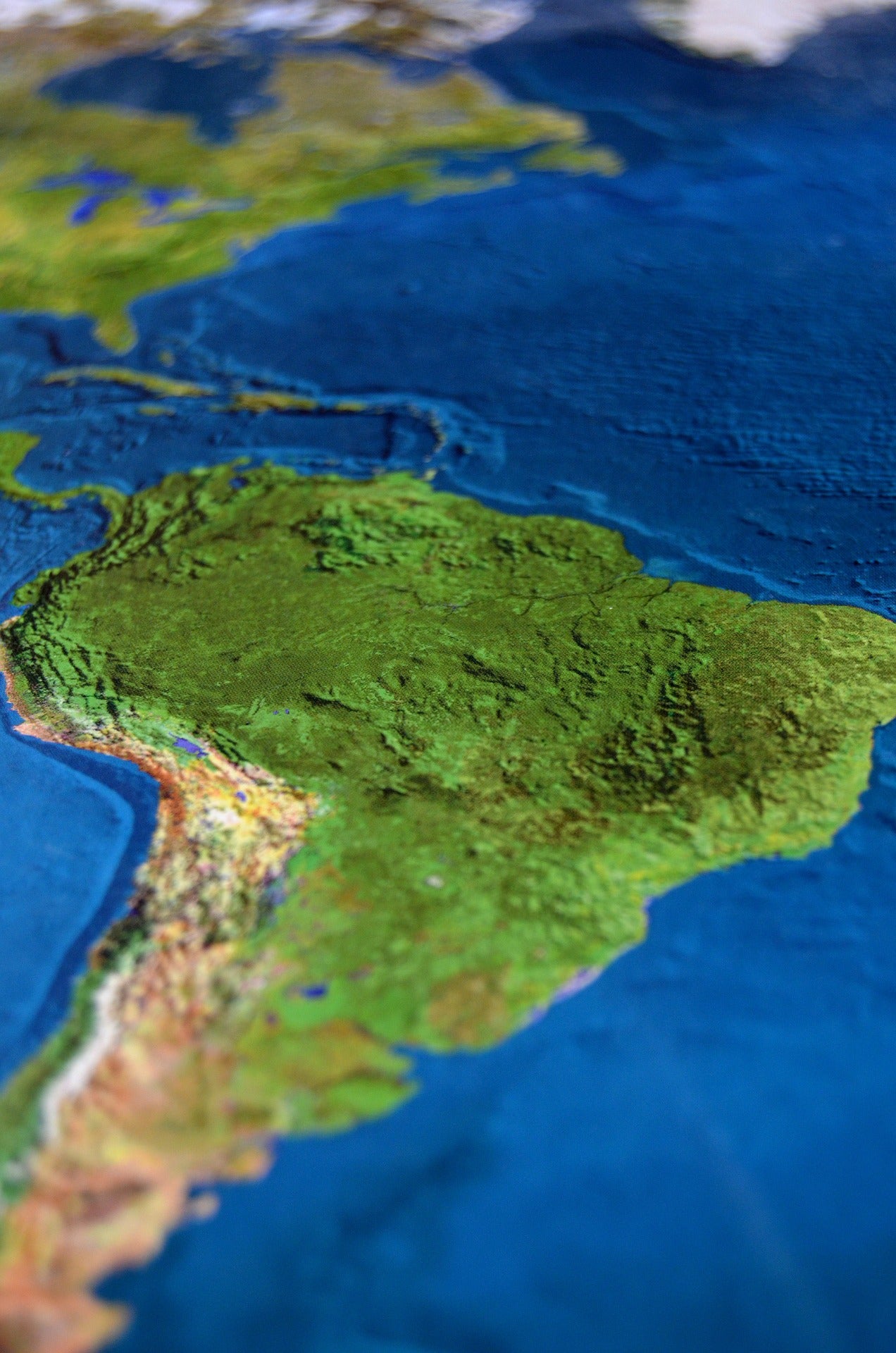 The MERCOSUR and the Pacific Alliance. A Turning Point?

The departure point for greater convergence between these two regional blocs. How to increase export diversification while creating a platform for specialization and technological development.

The MERCOSUR and the Pacific Alliance (PA) first began to seek ways to approach one another almost two years ago, in November 2014, at an Informative Ministerial Meeting at which authorities from the two blocs began to exchange ideas on the right path for developing the relationship between them.[1] However, there have been few achievements since then. In early 2015, Brazil—which then held the pro-tempore presidency of the MERCOSUR—developed an Action Plan which it sent to the PA in which it envisioned an intensification of the agreements that the MERCOSUR had already signed with Chile, Colombia, and Peru, although no reference was made to relations with Mexico. More recently, in May 2016, a biregional meeting of deputy ministers was held to prepare for a technical meeting which will tackle different issues relating to trade facilitation and promotion.

A Dam to Hold Back the Flood of Uncertainty

Relations between the two blocs cannot be considered independently of the unfavorable circumstances affecting both the global economy and the external sector of Latin American countries. The recent IDB publication Trade Trend Estimates for Latin America and the Caribbean[2] indicates that the value of exports from the region as a whole fell by 9% in the first quarter of 2016. Although this figure represents a less intense downturn than in 2015 (-15%), the outlook is still bleak for this key sector for the economies of Latin America and the Caribbean (LAC). More recent indicators show that the value of total goods imports on the part of LAC’s main trading partners is still falling, and has done so since the second half of 2014. In turn, the reduction in purchases from the region is even steeper than the average fall in imports. In other words, the outlook for extraregional demand is far from encouraging. This is true for all countries in the PA and the MERCOSUR, although to different degrees.

Figure 1. Imports of goods to the United States, the European Union, and China from Latin America and the World

Source: IDB (2016). In addition to the restrictions caused by the dynamics of global trade, another factor affecting LAC exports is the persistence of uncertainty that can be traced back to the shock caused by the global financial crisis of 2008–2009. First, China’s transition toward a growth model that is based less on exports and that is probably expanding at a slower rate has shaken the global economy and has had repercussions in LAC. In particular, there have been outbursts of stock market exchange rate volatility and downward trends and instability in commodity markets. At the same time, the United States’ financial recovery continues to be marked by elements of instability that are reflected in the weakening of its role as the main driver of the global economy. More recently, the already uneven outlook for macroeconomic performance in European Union countries became yet more uncertain following the result of the referendum that determined that the United Kingdom would be leaving the bloc in the near future. In this context, moves for rapprochement between the Pacific Alliance and the MERCOSUR will need to find fresh impetus as they seek to build a dam that will contain—albeit partially—the flood of uncertainty that is seeping through the region as a result of the international context. It is in countries’ interests to consolidate trade, integration, and cooperation ties so as to transform some of the negative trends caused by extraregional matters into a mutually beneficial outcome. Developing agendas that seek to address specific issues affecting the regional linkages between PA and MERCOSUR countries could be a turning point in this relationship. It is not a matter of grand or ambitious institutional designs but is rather one of focusing on specific issues but in such a way as to potentially consolidate agreements that will lead to the strengthening and diversification of export sectors. Aspects of the Current Relationship and the Missing Links Trade (exports plus imports) between PA and MERCOSUR countries has been hit hard by the slump in international trade flows. In 2015, trade between the two blocs stood at just under US$40 billion after three consecutive years of downturn—an average annual reduction of 10%. Before this, when the economic cycle was in a growth phase, it had increased steadily up to 2008, when it reached a total of US$52.5 billion, which entailed an average annual growth of 13% between 1995 and 2008. The initial rebound following the financial crisis led to these flows recovering between 2010 and 2012, when they reached levels that were similar to the peak before the 2008–2009 crisis, although this dynamism rapidly faded. This is unsurprising given that intraregional trade in LAC tends to correlate with extraregional dynamics. In this case, weak demand from partners outside the region increasingly came to affect regional trade flows. Figure 2. Evolution of Trade between the Pacific Alliance and the MERCOSUR  In millions of US$

The balance of trade between PA countries and the MERCOSUR has traditionally been unfavorable for the former, although this deficit has shrunk in recent years. In 2015, it stood at US$5.7 billion, the result of US$16.7 billion in exports and US$22.4 billion in imports. A decade ago, the deficit was close to US$13 billion. In relative terms, trade between the two blocs seems limited. In 2015, the MERCOSUR was the destination market for 3.3% of PA exports and the origin of 4.1% of its imports. Import levels were higher in 2005, when they reached 7.8%. This decrease is linked to the notable growth in China’s share of PA imports, which went from 8% in 2005 to 18% in 2015. In terms of the main bilateral flows, the link between Mexico and Brazil[3] plays a leading role in regional trade, which is natural, give the two countries’ sizes. However, it is interesting that there are other prominent bilateral flows. Some 22.7% of PA exports to the MERCOSUR are sales from Mexico to Brazil, while 20.6% of imports are Mexican purchases from Brazil. But this was not the greatest flow of PA imports from the MERCOSUR: in 2015, first place went to Chile’s imports from Brazil (23.1%), and its imports from Argentina were also highly relevant (13.2%).

Figure 3. Main Bilateral Trade Flows Between the PA and the MERCOSUR. 2015

In addition to the scale effect of the commercial ties between Mexico and Brazil (and, to a lesser extent, between Mexico and Argentina), these cases include intra-industry trade in which the automotive sector—in which all three countries have a significant production base—plays a key role.
The automotive industry alone accounts for 13% of PA exports to the MERCOSUR and 12% of its imports from there. However, it should be noted that, within the current network of relations, the ties between these countries is where there is least commitment to liberalization, which is due to the limited nature of the agreements reached so far, particularly in the case of Mexico and Brazil. This is an item on the convergence agenda that needs to be approached particularly delicately so as to reach balanced agreements that contribute to boosting productive development, competitiveness, and the innovation capacity of manufacturing sectors that are particularly significant for all three countries. Deepening ties between the PA and the MERCOSUR could help achieve better competitive positions for both blocs in relation to other markets, such as through each bloc specializing in a different area of the industry. At present, automotive trade between the two blocs is predominantly made up of final goods, although the share of auto parts and components is still significant.

Figure 4. Composition of Trade between the PA and the MERCOSUR for the Automotive Sector. 2015

Exports between the PA and the MERCOSUR

Imports between the PA and the MERCOSUR

A form of trade that leverages “natural” complementarities or advantages such as geographical proximity may also have a role to play in bilateral relations, despite the serious obstacle posed by the lack of physical connectivity between the countries in the region. For example, copper and copper manufactures stand out within exports from the PA to the MERCOSUR (8.8% of total exports), with Chile’s external sales accounting for 77% of total exports in this direction (which mainly go to Brazil), as do fuels (7.2%), mainly through exports from Colombia, which Brazil is also a major buyer of. Reciprocally, Chile also buys significant quantities of fuel from Brazil. In this sense, one of the goals of increased market integration needs to be productive diversification. One sector that could become more important, particularly in South America, is the trade in goods of agricultural origin with more processed content. There is potential for such growth within the MERCOSUR itself, and this could become even greater within the PA as and when an agenda is developed.[4] The possibility of PA and MERCOSUR countries managing to diversify their productive and export structures is closely linked to future developments in their regional integration processes. As intraregional trade is markedly more diversified and manufacture-intensive and has greater technology content, it could be more accessible for small and medium-sized industries and could, therefore, create relatively more employment than trade with other regions.[5] Over a longer time frame, efforts toward productive integration and specialization within specific sectors could lead to “platform effects” that could then be expanded outside the region. Looking Toward Future Agendas: A Partial Map Looking forward, the relatively modest scale of trade between the MERCOSUR and the PA may not be such a significant indicator as it first seems. Given the current state of the global market, countries in the two blocs need to sustain higher rates of export growth at a time when several commodity markets are going through a recession. This is particularly affecting South American economies. A higher export growth rate also implies diversifying external sales, which is a challenge. Given this context, we need to pay more attention to the opportunities that regional agreements offer. Certain methodological factors need to be taken into account as these agendas are developed, two of which are worth mentioning:

Negotiation efforts need to involve synergy between the private and public sectors.

An illustrative, albeit incomplete, map of the issues to be tackled would include: i) trade in goods and services; ii) cooperation in matters of trade, technology, and education; and iii) physical integration.

i)Trade in Goods and Services

ii)Cooperation in Trade, Technology, and Education