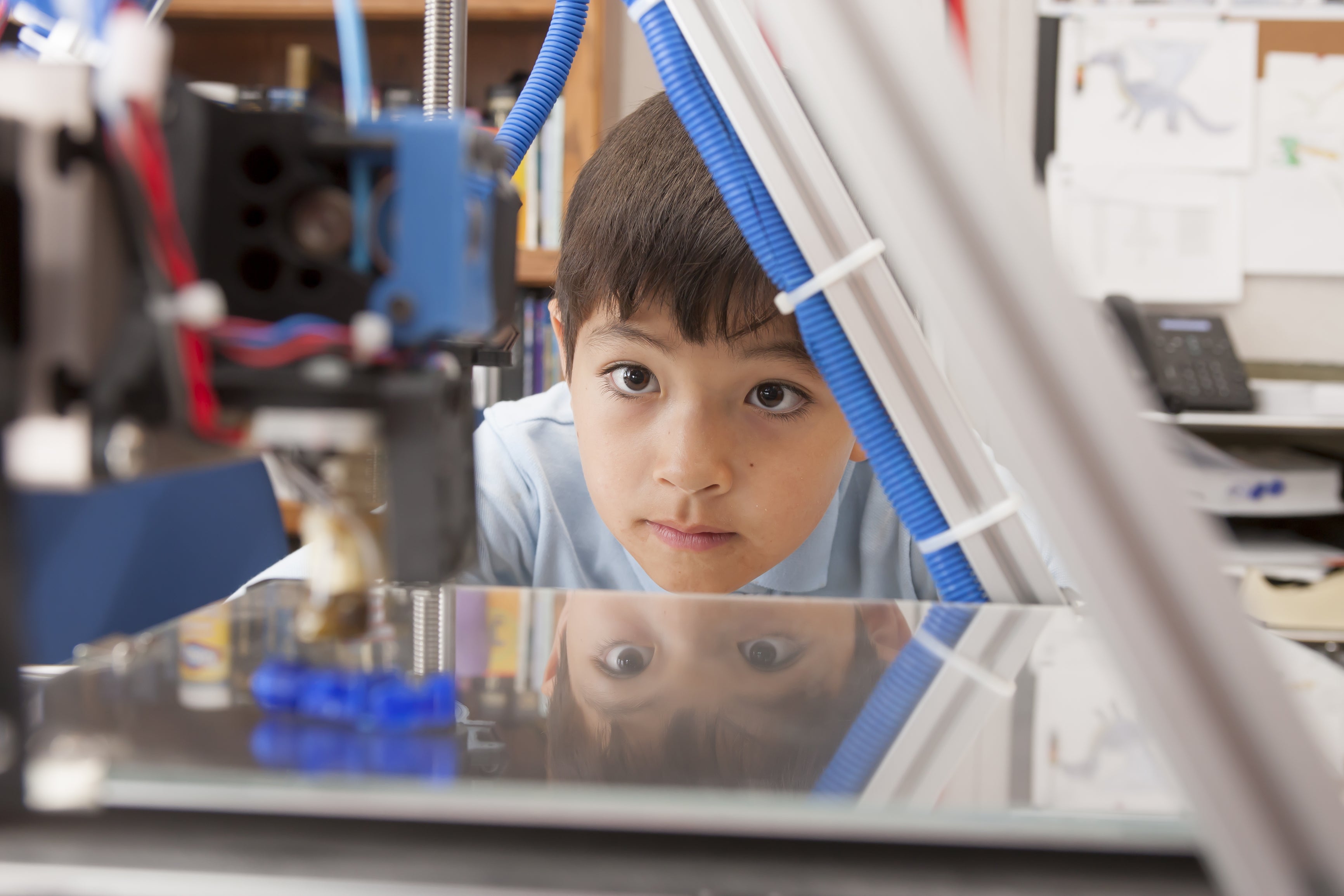 The current state of 3D printing worldwide and in Latin America and the Caribbean. How the spread of this technology may impact industries and services.

A new upstart is vying for the throne in the kingdom of upcoming technological revolutions: digital manufacturing. Digital manufacturing technologies, especially 3D printing, allow objects to be digitized in three dimensions and then manufactured. Tools for digital design and manufacturing are becoming ever more available, such as 3D printers, laser cutting machines, and computer numeric controlled (CNC) lathes and milling machines, which are simultaneously powerful, versatile, and interconnected. These tools have user-friendly interfaces, intuitive software, online tutorials, allow files to be exchanged over the internet, and even use open source programming. All this facilitates the on-the-job learning process and allows an object designed, for example, in Argentina to be manufactured in Brazil, Colombia, or anywhere else on Earth.

Digital manufacturing tools are bringing about an explosion of applications and uses. Today, you can make almost anything using them. The current uses for digital manufacturing include jewelry, apparel, furniture, machinery, foods, and prosthetics. Many of these applications are copies of or improvements on existing processes, but there are also more experimental applications such as housing construction, human tissue production, 4D printing, and the manufacturing of spare parts at the International Space Station (which produced the first objects manufactured outside the Earth).

Depending on the materials they use and the precision of the machinery in question, these printers can cost between US$400 for household printers and US$500,000 or more for industrial set-ups (Deloitte, 2013). Shrinking machinery costs mean this technology is becoming more and more widespread. While in 2014 it was estimated that approximately 108,000 such printers were sold globally, a year later sales had doubled, reaching 217,000 units (Gartner, 2014). At the same time, the total digital manufacturing market (including machinery, software, and services) has also been growing dramatically: it is expected to climb from an estimated US$2.5 billion in 2013 to US$16.2 billion in 2018 (Earls and Baya, 2014).

Given the variety of fields where this technology can be used, the speed of technological innovation, and the enormous potential of the market, digital manufacturing is becoming the breakthrough technology of our time, and some have already started comparing its potential with that of information and communication technologies in general, and the Internet in particular, 20 years ago (Murphy, 2015). Major companies, researchers, politicians, entrepreneurs, architects, designers, makers, and the media have all been drawn in by the potential digital manufacturing seems to hold.

But can digital manufacturing technology really live up to its promises of technological revolution?

According to Pérez (2005), technological revolutions are sets of technologies, products, and forms of production that promote new waves of long-term techno-economic development and bring about profound changes in social structures. In this sense, a technological revolution would imply paradigms shifts in the structure of organizations, forms of handling knowledge, logistics and transportation, energy and inputs, forms of employment, etc.

This is the definition that we use in this article, with some reservations, to examine the promises and challenges of digital manufacturing, highlighting the different development paths and innovation alternatives it implies. To this end, we begin by briefly analyzing the background and potential of digital manufacturing, present two outlooks for the region, and finally put forward some ideas for the construction of new spaces for innovation.

Many of the technological tools that are part and parcel of digital manufacturing are not particularly new. For example, the development of CNC machinery can be traced back to the 1950s, at least. Computer-assisted design and manufacturing first began to be used industrially in the 1970s and 1980s, while the development of the first 3D printing technologies dates back to the 1980s (Robben, 2013).

When Design Is Nearly Everything

Digital manufacturing is efficient even on a small scale and could constitute a major opportunity for Latin America.

Digital manufacturing is different from traditional manufacturing not only because it is additive, but because it implies interesting changes in the processes of production, trade, and consumption. The disruptive nature of this technology derives from the digitization of goods that used to be physical (Vazhnov, 2014): product design is now more important than the products themselves, and the exchange of digital files is playing an increasingly significant role. 3D printing is changing the relationship between efficiency and the numbers of goods produced. In industries with high fixed costs, efficiency is linked to economies of scale: costs come down as total production increases and standardized products are mass produced. In contrast, digital manufacturing can produce goods efficiently on a small scale. This reduces barriers to entry in certain industries, allowing innovative small and medium-sized firms to get a foot in the door. It also favors the development of prototype-based products by cutting out the need for large investments in new production lines.

At present, distribution channels (how the good reaches the consumer), supply chains, and inventory management are fundamental to companies’ commercial strategies. 3D printing cuts delivery times and enables customized, produced-to-measure manufacturing of very different goods using the same hardware. In combination with 3D scanning, this technology enables existing goods to be repaired or improved. Consumers with access to this sort of technology can become producers or “prosumers,” which is part of a trend toward democratization (Anderson, 2012).

Among those with positive takes on this process, Birtchnell and Hoyle (2014) argue that 3D printing has enormous potential for taking on social problems, combating poverty, and bolstering crisis-stricken economies. The authors argue that it offers developing economies the opportunity to be more self-sufficient and less vulnerable to the shocks of the global economy. They also claim that low-cost 3D printers can contribute to inclusion by creating local innovation opportunities for entrepreneurs.

Given this, would digital manufacturing lead to radical change in production methods and thus to a new industrial revolution (The Economist, 2012)? Despite how difficult it is to make predictions about it, this technology would seem to have great prospects and may ultimately complement current production methods through hybrid processes involving both (WTO, 2013).

The spread and scope of digital manufacturing will depend on how fast the costs of 3D printers and the software and inputs for them come down. Although the software in question is often free and open source, today, the inputs for 3D printing are between ten and one hundred times more expensive than the inputs used in traditional production processes (Vazhnov, 2014). It is also important to pause for thought on some of the implications 3D printing may have on global trade patterns.

Suominen (2014a and 2014b) argues that the greatest risk in this sense is that the rules of international trade and trade policy have little to say about these innovations and seem not to have caught up with them. Similarly, Casanueva (2015) claims that 3D printing poses a challenge to the multilateral trade system and free trade, investment, and industrial property agreements in terms of their capacity to look ahead and anticipate new developments. Other aspects that the author says are involved in 3D printing range from establishing taxation on the provision of programs and design to protecting intellectual and industrial property rights in connection with invention, patents, and the design of digital files. In other words, 3D printing is rekindling the debate on intellectual property and patents that began at the start of the internet era.

3D Printing in Three Areas. The Situation in Latin America.

The leading countries in the 3D printing industry are the United States, Japan, Germany, China, the United Kingdom, Italy, France, and the Republic of Korea. However, Latin America is also making headway in this area (UNIDO, 2015). Although the list below is not representative or exhaustive, it highlights some experiences in countries in the region:

Without taking an overly optimistic view, this is an opportunity for Latin American countries to improve their integration into global value chains through product design. The region could leverage the experiences of private companies and public policies and continue promoting the development of this technology and its adoption by entrepreneurs and relatively small companies while taking into account regulatory aspects so as to minimize possible risks and negative effects.

SEE THE COMPLETE ARTICLE IN THE INTEGRATION & TRADE JOURNAL, NO. 39. DOWNLOAD FROM http://www.iadb.org/intal/icom/notas/39-18/ (link in Spanish)