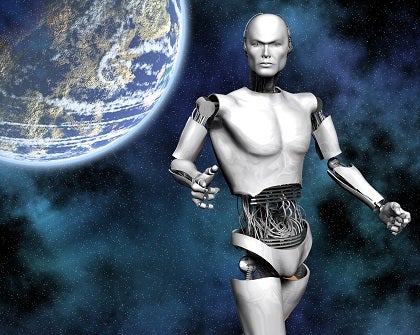 Robots and Industrialization in Developing Countries

What global challenges must we face up to if we are to prevent inequality from growing as a consequence of job loss?

Robots and Industrialization in Developing Countries, published as part of the latest United Nations Conference on Trade and Development, examines how growing industrial automation affects jobs in developing countries and what strategies can help to overcome this.

Robots taking over human jobs has been a source of concern for decades, but this has generally centered on developed countries.

The report argues that the industrialization processes of countries in Africa and Latin America may be at greater risk of slowing down as the growing use of robots is eroding these countries’ traditional labor-cost advantage. Up to two-thirds of these occupations may be at risk.

UNCTAD warns that labor costs are important determinants in companies’ decisions to set up factories or plants in a given country, especially for goods with high labor content. As a result, the “share of occupations that could experience significant automation is actually higher in developing countries than in more advanced ones.”

Developing countries in Latin America, such as Mexico, and many in Asia that are primarily engaged in export activities in the automotive, electrical, and electronics industries are more exposed to the use of industrial robots.

How can developing countries review and change their industrialization processes? One suggestion is for developed countries to contribute to this by improving their own labor conditions. Greater benefits for workers could stimulate the economy, which would lead to greater demand for goods and an increase in manufacturing opportunities for developing countries.

A more unconventional solution might be introducing more robots. If developing countries combined skilled and low-skilled labor forces made up of both human beings and robots, this could make them more attractive than other countries. Combining the two factors might actually create a better labor force. Adding other automation technologies to the mix, such as 3D printing, may also help countries to maintain a competitive advantage. The report also underlines the importance of countries levying taxes on the use of robots as capital equipment.

Whatever the chosen strategy, the authors argue, it will have to consider the rapid expansion of new automation technologies and artificial intelligence in the form of robots.