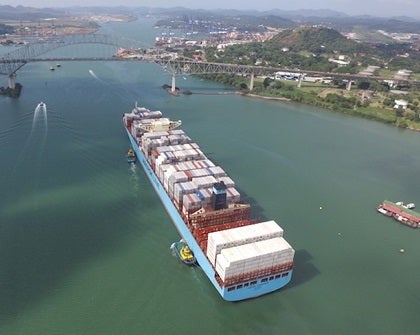 The Panama Canal Expansion project, which was officially opened on June 26, 2016, after nine years of work and an investment of US$5.4 billion, has tripled the canal’s capacity. The revenue the canal brings is expected to double and function as a catalyst for regional trade in the long term. According to data from the Maersk Group, even before the expansion project, the Panama Canal was already one of the most important waterways in the world, serving 12,000 vessels per year and connecting 144 maritime routes and 116 countries.

“The expanded Panama Canal will have a positive domino effect on the entire region as it will be a key route for trade between Asia and Europe. Panama has established itself as a logistic hub par excellence and is one of the neuralgic points of global trade,” said Luis Alberto Moreno, president of the Inter-American Development Bank (IDB), one of the organizations that has played a part in financing the project and that is also providing support for the modernization of ports in the region (link in Spanish). Mr. Moreno explained that the new volumes of cargo that will travel the canal will multiply throughout the Americas and bring about profound changes in the logistics chain.

The report from the Maersk Group argues that the Panama Canal Expansion will provide better economies of scale, improved transit times, and lower costs of shipping. It will also alter trade lanes, the greatest benefit of which is expected to be seen on the west coast of Latin America, as the canal is a strategic route for trade with Europe and Asia. Many ports in the region have already made the necessary investment in infrastructure to handle these changes. This webpage compares the differences in draft, length, and width of the old and new Panama Canal locks.

The Products and Areas That Stand to Benefit the Most

This expansion is the largest-scale work that has been undertaken on the canal since its construction 102 years ago. The 74-kilometer long canal allows ships to pass between the Pacific Ocean and the Caribbean Sea, saving more than 8,000 km from Ecuador to Europe versus traveling round the southern tip of South America, Cape Horn, a route which can only be used five months of the year due to weather conditions.

This means, for example, that Ecuadorian bananas will reach markets in Europe and Asia faster than ever. Fruit, fish, and refrigerated products from all over Latin America require special treatment to stay fresh throughout the trip. The expanded canal, along with evolving technology in temperature-controlled containers offer more attractive conditions for exporters, as they allow them to guarantee the quality of their product and reach new markets.

José Barbero, dean of the Institute of Transportation at the National University of San Martín (link in Spanish), Argentina, has observed that exports of liquefied gas from the Gulf of Mexico or Trinidad and Tobago to South America, for example, can now arrive more easily and with lower shipping costs.

“The Panama Canal Expansion has crystallized a trend that is affecting the global port and shipping system, which is the need for larger container ships to achieve economies of scale,” Mr. Barbero said.

With larger ships traveling these lanes, the region’s ports need to adapt and build new infrastructure to be able to receive them, including larger locks, deeper drafts, bigger cranes and berths, and new access roads, among other improvements. The American Association of Port Authorities estimates that nearly US$155 billion will be invested to this end in the United States by 2020. The ports of South America are also in a race to expand.

Global trade is at its lowest point in decades, so it will be hard for the region to reap all the benefits of the Panama Canal Expansion until demand picks up again. However, the project has been an incentive for much-needed investment in infrastructure in the Americas: when trade improves, the continent will be ready to handle it.

Following the Panama Canal Expansion, up to 10% of container traffic between Asia and the United States could shift from west coast ports to east coast ports by 2020, according to a recent report from the Boston Consulting Group and the supply chain management firm C.H. Robinson Worldwide Inc.

Enrique García, executive president of the Development Bank of Latin America (CAF), argues that the region’s high logistics costs will come down. These costs “currently represent between 18% and 35% of product values and [this change] will have a direct impact on foreign trade and bring down the cost of living for the population, especially those who live in remote or more isolated areas.”