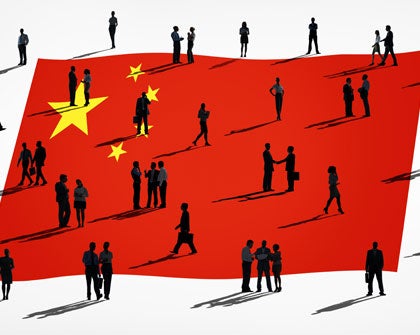 INTAL participated in an international conference in Chile with experts from the region and China where the future of the relationship with the Asian giant was discussed.

A recent international conference, “China’s New Phase: Implications for Latin America” (link in Spanish), held at the University of Chile, [1] brought together 20 specialists to tackle a packed program (link in Spanish) at a unique moment in the history of China’s relations with the region. The event revolved around four major topics:

This topic was covered by IDB/INTAL senior economist Alejandro Ramos Martínez during the opening panel. He underlined two specific aspects of the evolution of China’s demand as a driver for global trade in the context of the new normal. He began by pointing out that China’s share in global trade peaked in 2013 (at 9.2% and 9.8% at current prices and constant prices, respectively) before flattening out. This is significant because it constitutes an interruption to the constant growth of China’s share in global trade, which was not even affected by the 2008–2009 crisis. Although it is too early to argue that this is irreversible, it is a significant factor in the postcrisis period as it points to the cooling of one of the driving forces behind the dynamism of global trade over the last two decades.

Mr. Ramos Martínez then presented an indicator of the evolution of the “import intensity”[2] for China and global trade, comparing the situation before and after the crisis with data that was disaggregated by product type: industrial manufactures and commodities and commodity derivatives. During the period before the crisis (1996–2008), this indicator showed that China’s import intensity was similar to the global average. As the country did not have an above-average propensity to import, the dramatic expansion of its foreign purchases essentially depended on how fast its GDP was growing. By type of goods, China’s import intensity for manufactures was similar to the global average, while that of commodities was above average. This was to be expected given its deficit in raw materials and its growth strategy, which is partly based on domestic saving and infrastructure expansion.

Source: IDB/INTAL with data from the Netherlands Bureau for Economic Policy Analysis (CPB), China Customs, and the IMF.

Note: “Intensity” is the ratio between the average annual growth rate of real imports and that of global and China’s GDPs during the periods in question; the reference years for the growth rates are, respectively, 1995 and 2011; IM: industrial manufactures, C&D: commodities and derivatives.

During the recent stagnation in trade, China’s import intensity has shrunk, particularly in flows of manufactures. Although its demand for commodities is less vibrant than during the boom years, it remains above the global average. In other words, the cooling of China’s external demand seems to be mainly connected to flows of manufactures, not commodities. This implies that commodity-exporting countries in Latin America and the Caribbean have continued to benefit from the dynamism of the Chinese market, although to a lesser extent than during the boom period. Furthermore, the weakening of Chinese manufacture imports may be linked to a certain erosion of value chains caused by the incipient relocation of these industries to developed countries and the maturing of China’s own production capacity as it transitions out of being an importer of parts and components it can now manufacture itself.[3]

Their presentations looked at China’s current stage as a necessary “transition within a transition” after its previous development path came close to being unsustainable. This was based on extensive growth and revolved around high levels of investment in infrastructure and the intensive use of energy and raw materials, and could be exposed to demographic pressure. In contrast, the 13th Five-Year Plan (2016–2020) foresees a “moderately prosperous” economy based on ecologically sustainable, high-tech development, the restructuring of various sectors, with a greater share of end consumption and services and the spread of the middle-class and social protection networks. This new path foresees the continuity of China’s urbanization and agricultural modernization processes and the coordinated development of urban and rural areas such that the entire population can enjoy the benefits of development.

This new scenario implies that for Latin America and the Caribbean will be able to consolidate their economic achievements, although there are significant innovation-related challenges ahead if the relationship is to grow. The impacts of this shift in China’s growth on Latin America can be classified into two main areas: the region’s productive structure and its policy agenda. Regarding the former, the Chinese economy’s role as a stimulus for commodity-exporting countries will continue, although possibly to a lesser extent, while remaining significant. In terms of demand, the foreseeable increase in China’s consumption of domestically produced goods offers new, albeit complex, possibilities for diversifying export baskets, including services and tourism. This will enable denser productive linkages through FDI and technological cooperation, but it will require greater coordination efforts than traditional linkages. This needs to be compatible with China’s new development strategy, which continues the country’s trend toward openness and foresees increased participation in global governance and cooperation.

Rising salaries in China may allow countries that compete with it in the manufactures market, such as Mexico and Central America, to continue to be competitive, particularly in third-country markets. This may also be true to a certain extent for industrial activities in the larger South American countries.

The new outlook is particularly challenging for the policy agenda in that it demands higher levels of processing, foresight, and coordination. Latin America’s potential for enriching its export sector by placing products with greater value added in the Chinese market will imply a strategic effort in which increased regional cooperation (such as between the Pacific Alliance and the MERCOSUR) could boost countries’ negotiating capacity. The region needs to redouble its export promotion efforts vis-à-vis a Chinese economy whose growth is beginning to be less extensive but of a greater quality and depth.

Walter Sánchez (University of Chile), Francisco Urdinez (University of São Paulo), and Detlef Nolte (German Institute of Global and Area Studies) discussed the strength and tensions in the triangular relationship between Latin America and the Caribbean, their traditional Western trade partners, and China.

The big question in this discussion revolved around the significance and implications of China’s rise as a major global economic player. In recent years, the status quo has entailed global forces converging in a context of diversity. Although a single power has continued to dominate, this has been subject to competition from China and other nations, including the countries of the global South. There are no guarantees as to the stability of this scenario in that the effects of reduced global economic growth are being felt, as are dysfunctional aspects of various developed countries’ political systems. Latin America and the Caribbean’s room for negotiation could hypothetically grow as the countries of the region manage to consolidate a deeper diplomatic agenda.

The triangular relationship between Latin America and the Caribbean, the West, and China can be understood in three different ways, although there is not yet any clear evidence as to which will prevail. Chinese diplomacy could choose to develop this relationship by (i) questioning the hegemony of the West or (ii) maintaining a passive position vis-à-vis relations that would be essentially determined by economic advantages; or (iii) Latin American and Caribbean diplomacy could seek to develop the region’s ties with China as a diversified mechanism with a focus on economic goals. Furthermore, the growth of LAC–China relations could be interpreted as an incipient substitution for the region’s link with the European Union. This would seem to be supported by the decreasing importance of the EU in terms of LAC’s trade in goods and the consolidation of these same flows with China. However, analyzing the situation in terms of FDI reveals a different state of affairs. The notion of China as a “substitute” for trade with the EU overlooks the fact that the EU itself has been deepening its economic ties with China. In other words, the situation is more one of growing complementarity that is dominated by economic interests that provide positive feedback for one another.

The downturn in China’s growth and the phenomena associated with this (reduced imports and a weakening of commodity markets) have impacted economies whose trade ties focus on such goods. However, the effects of these phenomena vary greatly. Brazil’s exports to China have been seriously affected, although its current recession cannot be explained solely by this factor, as prior conditions relating to the country’s macroeconomic situation also play a part. The scale of Brazil’s economy, the lack of depth in its foreign relations, and the difficulties it has experienced in establishing itself in a competitive position are reflected in the concentration of its commodity exports to China. Argentina is also up against the challenge of growing its export basket to China while needing to perfect its policies for attracting FDI, which it needs to develop infrastructure. In a context marked by the weakening of its copper exports to China, Chile has benefited from its diversification strategy and added more products to its export supply driven by the impetus of its preferential trade agreement and solid export promotion policies. A long-term projection of Uruguay’s commodity-centered exports shows that restrictions on supply will play a greater role than limitations on demand. This reinforces the need to further diversify the export basket to take advantage of the dynamism and size of the Chinese market. The multiple forms and levels of integration and cooperation that China offers should constitute an opportunity for the countries of Latin America to develop a creative diplomacy that will allow both parties to leverage the mutual benefits of this relationship. However, Mexico has shown that this is no small task: positive results cannot be expected from merely letting relations coast along. China seems to be predisposed to develop a diplomatic agenda that would build relations leading to extensive benefits for all involved. Evidence for this includes President Xi Jinping’s recent visit to Ecuador, Peru, and Chile and his presence at the APEC meeting—his third Latin American tour in three years—and the publication of a second document on China’s policy toward Latin America and the Caribbean. It therefore seems both opportune and necessary to make a profound effort to create new approaches that will sustain what has been the biggest news for foreign trade in Latin America and the Caribbean in many decades: China’s emergence as a major player in global trade and FDI.

[1] The event was sponsored by the Institute of International Studies at the University of Chile, the Konrad Adenauer Foundation’s Regional Program for Social Policy in Latin America, and the Hong Kong Trade Development Council; and organized by the China and Latin American Network: Multidisciplinary Approaches (REDCAEM).

[2] The indicator “normalizes” the average growth rate for real imports with the GDP growth rate; that is, it is an arithmetical estimation of import elasticities.