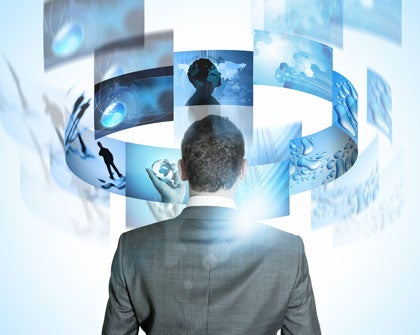 The Future of Work

What are the possible outcomes of the impact of technology on employment?

The report “The Future of Work: White Paper from the Employment Industry” looks at “the structural shifts that are currently reshaping the world of work: technology, demographics, globalization, new production patterns, the rise of the on-demand economy but also new expectations regarding jobs and careers.”

The document is the outcome of an analysis by the World Employment Confederation and reviews the major milestones in the transformation of employment thus far and points to those that we should be aware of in the coming years. It thus functions as a guidebook of sorts to the essential issues on the international labor agenda.

The authors’ main argument and conclusion is that labor markets are currently in the midst of a paradigm shift. “Production methods have changed and attitudes to work have evolved significantly.” At the macroeconomic level, the opening up of China and India to the market economy has had a strong impact on the globalization of employment. However, these changes manifest themselves through several employment-specific variables.

Skills: On the one hand, the report argues that the labor force has never been so diverse nor has it had such high average levels of education at the global level. This has led to an individualization of working conditions.

Demographics: The ageing of the global working population is another factor to bear in mind. “Across Europe, the working-age population is projected to decline by 10% by 2020, and in Germany alone, the labor force will shrink by six million workers over the next 15 years.” A smaller workforce means that growth will be explained by leaps in productivity. Furthermore, “caring for large numbers of elderly people will put severe pressure on government finances.”

Urban centers: at the global level, the population living in urban areas has been growing continually. “Nearly half of global GDP growth between 2010 and 2025 will come from 440 cities in emerging markets, 95% of them small and medium-sized cities.”

Localization vs. connection: new technologies are bringing more flexibility in terms of time, standards, and the location of the work process. The internet is enabling digital work in offices and at home.

One final effect of these processes is more social than economic: the emergence of new forms of work is connected to new individual expectations, a change in work-life balance, the appearance of new work spaces which may imply the physical disappearance of traditional spaces, and the dissolving of rigid timetables and pre-established activities, among other things. These changes are posing short-term challenges to the world of work and we will feel their effects sooner rather than later.

The transformations that they are causing are highly complex because they are taking place simultaneously at multiple levels globally.

The Future of Work: White Paper from the Employment Industry. WEC, 2017.