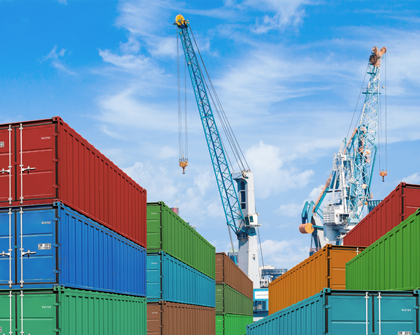 A new IDB report stresses that the value of exports grew at a year-on-year rate of 17% in the first quarter of 2017.

After four consecutive years of downturn, exports from Latin America and the Caribbean are back on the path to growth. In the first quarter of 2017, the value of exports grew at a year-on-year rate of 17%, after having plummeted to an annual rate of 2.9% in 2016. According to an Inter-American Development Bank (IDB) study that includes detailed data for 25 countries in the region, the main explanation for this is the stabilization of commodity prices.

According to the latest update of the annual Trade Trend Estimates: Latin America and the Caribbean, exports from the region behaved similarly to global trade as a whole in 2016, while the recovery in the first quarter of 2017 has been more intense (figure 1).

“This reversal of the downward trend in exports is excellent news for Latin America and the Caribbean. However, given the current circumstances, we should not underestimate the factors behind this upturn in trade, which are still fragile and have not yet spread to all the countries in the region,” said Paolo Giordano, principal economist at the IDB’s Integration and Trade Sector, who coordinated the study.

Countries with a high share of energy and mineral products in their export supply achieved the greatest growth due to the rallying of commodity markets. Meanwhile, the region’s export volumes grew only slightly, at a rate of 2.2%, and were concentrated in a handful of economies (figure 2).

The countries of South America experienced the most marked recovery, seeing average growth of 23%. The most noteworthy examples of growth in this group include: Venezuela (75%), Peru (39%), Ecuador (34%), Colombia (31%), and Brazil (24%). Meanwhile, Mesoamerica (Mexico and Central America) and the Caribbean saw increases of 11% and 12%, respectively.

This upturn in export growth marks the end of the longest recession in the region’s recent history, one that lasted 24 months. Even with these improvements, export values are still 10% below the high point of 2014. For this incipient and unstable recovery to become sustainable, factors that have been generating uncertainty in the global economy need to be significantly reversed, as was documented in the Trade and Integration Monitor 2016.

The real growth of China, the United States, and the European Union could sustain the recovery of regional exports in the coming quarters. However, initiatives that are oriented toward promoting competitiveness and regional integration need to be stepped up, while the risks of adopting protectionist trade policies must be clearly identified.