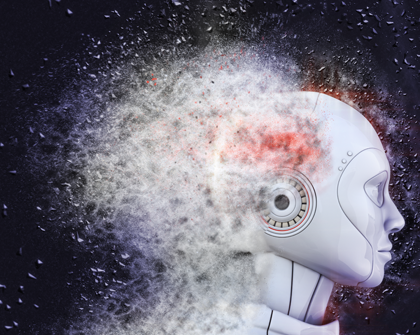 Robots and the Future of Work: Is Technological Unemployment on the Horizon?

As technologies take over the tasks traditionally performed by human labor, there is growing concern around the future of employment.

Robots and Jobs: Evidence from the US by the economists Daron Acemoglu and Pascual Restrepo discusses the partial results of their research into the problem of how robotization impacts jobs and salaries, which they have approached using a model focused on local labor markets in the US.

According to their estimates, “an extra robot per thousand workers reduces the employment-to-population ratio by 0.18-0.34 percentage points and wages by 0.25%–0.5%” which is equivalent to about three workers losing their job for each new robot. “This effect is distinct from the impacts of imports, the decline of routine jobs, offshoring,” and other applications of IT.

As is well known, estimates of the possible impact of automation unemployment vary wildly. For example, “Frey and Osborne (2013), classified occupations by how susceptible they are to automation and concluded that 47% of US workers are at risk in the next 20 years. McKinsey (2016) claims the same statistic is 45%, and the World Bank estimates that this number for the OECD as a whole is 57% of workers. Arntz et al. (2016), however, disagree. They argue that, within an occupation, many workers specialize in tasks that cannot be automated easily, and so their estimate for OECD jobs at risk is only 9%.”

Costs to employment and wages cannot be estimated based solely on the direct effects of robotization. The net impact would depend on the cost of automation, the wage savings this implies, and the possibility that “productivity improvements may create new jobs in the firm, or other occupations might be able to expand.”

To analyze this point, Acemoglu and Restrepo focused on local labor markets and established indicators for the different levels of exposure to robots that these may have.

They found that, in effect, in the areas where exposure to robots was greater, both employment and wages declined in a robust and significant way between 1990 and 2007. “The introduction of a new robot per thousand workers in a commuting zone reduced the local employment-to-population ratio by 0.37 percentage points and local wages by 0.73%. This is equivalent to 6.2 workers losing their jobs for every robot.”

This direct effect of robotization is “strongest for routine manual, blue-collar, assembly and related occupations, and for workers with less than college education.”

If the model also contemplates the compensatory effects that come from the introduction of robots, which derive from efficiency gains that increased trade between different local markets or commuting zones, it is still the case that “each new robot per thousand workers reduced the employment-to-population ratio by 0.34 percentage points and cut wages by about 0.5%.” In other words, the direct effects of robotization on employment are tempered but each new robot still will imply the loss of three jobs.

However, the authors argue that “so far, there are relatively few robots in the US economy, and so the number of jobs lost due to robot has been limited to between 360,000 and 670,000 jobs. If robots spread as predicted, future aggregate job losses will be much larger. For example, BCG (2015) has an ‘aggressive’ scenario in which the world stock of industrial robots would quadruple by 2025.” According to the estimates of Acemoglu and Restrepo, this “would imply a 0.94-1.76 percentage point lower employment-to-population ratio, and 1.3%–2.6% lower wage growth between 2015 and 2025. These are sizable effects. But it should also be noted that even under the most aggressive scenario, we are talking about a relatively small fraction of employment in the US economy being affected by robots.”