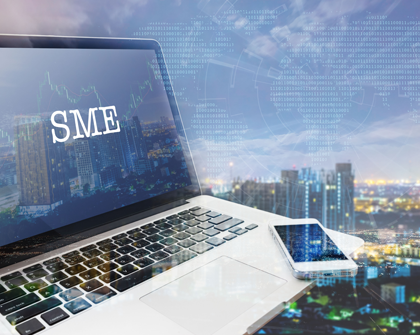 Digital Trade in Latin America and the Caribbean

The internet is changing consumption patterns, the outlook for firms, and economic prospects in the region.

Accelerating Digital Trade in Latin America and the Caribbean, a report by Late, Latin America’s Digital Ecosystem, presents the results of a regional survey of 300 companies to shed light on the current state of internet penetration and the impact it has on these firms.

The findings of this study illustrate how the internet has swept across Latin America and the Caribbean and is changing the way that Latin Americans interact, go shopping, and spend their time.

The most striking piece of data is that while in 2000 fewer than 5% of Latin Americans used the internet, by 2015, half of the region was online.

In the sphere of trade, the author identifies at least five ways in which the internet may shape LAC trade patterns:

Digital trade is clearly a mechanism that can leverage companies’ potential. Indeed, the internet is now at the core of the day-to-day operations of many Latin American companies. It improves interaction with customers, streamlines operations, and helps firms to enter new markets for their products and services, among other benefits. Online presence also appears to have earned LAC companies new overseas clients that they did not have before they began selling online.

However, despite this broad impact, which is fairly similar to how the internet has affected other regions of the world, the study reveals that most LAC economies are still lagging behind countries with similar development levels in terms of an “enabling environment” for digital trade. This is true, for instance, in terms of mobile subscription rates, firms’ technology absorption capacities, business-to-business and business-to-consumer Internet use, and the political and regulatory environment for information and communications industries.

The study puts forward some key suggestions for strengthening digital trade in LAC, including:

On this last point, the study argues that regional integration is a key part of digital trade. Based on several experiences, LAC countries could work toward creating an enabling environment for digital trade and developing joint solutions to improve digital trade flows.

The study also suggests creating joint regional regulatory and policy frameworks in areas such as the free movement of digital goods and services, privacy, consumer protection, online security, and the taxation of digital firms, among others. The focus needs to be on seeking low-cost solutions for firms that operate in the regional market, providing incentives for investment and startups, and promoting the expansion of digital networks and services.