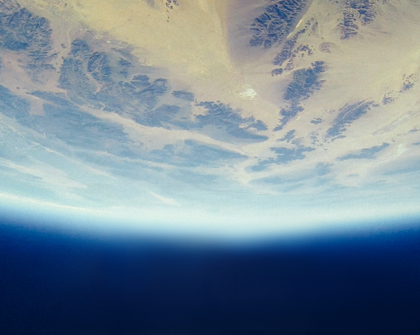 Opportunities for productive innovation to sustainably improve competitiveness in an underexplored area.

The study “Al infinito y más allá: una exploración sobre la economía del espacio en Argentina [To Infinity and Beyond: An Exploration of the Space Economy in Argentina]” (link in Spanish) looks at the “space economy” in an attempt to understand how it has developed, its current state, and its future prospects. It was directed and published by the Buenos Aires Interdisciplinary Institute of Political Economy at the University of Buenos Aires.

The study presents a brief overview of the global and regional context for this industry. Its ultimate objective is to understand the sector’s opportunities for generating positive impacts and to explore the challenges it faces.

The authors’ analysis focuses not only on the main players and technological achievements but also on the productive linkages and externalities the sector could generate. The study aims to identify the weaknesses, strengths, and potential of the industry in the local, regional, and global contexts.

Based on this analysis, the authors put forward a research agenda and some suggestions to frame the strategic decisions about the space industry that are made from this point forward.

The publication argues that high-technology sectors play a weak role in Argentina’s productive structure. This feature is made particularly clear by their limited share in exports. In the foreseeable future, it would be hard for the satellite industry per se to generate exports that make a difference from the macroeconomic point of view.

The satellite industry contributes to building skilled human capital and can develop productive linkages with suppliers, partners, and clients. Developing it would thus sow the seed for potential technological spillovers that would have a positive effect on the competitiveness of other sectors. It would also enable the emergence of businesses based on satellite services, such as those involving the use of images, telecommunications, etc.

This is not just a matter of economic repercussions in the private sphere. Developing the space industry also entails potential social benefits that include: better control over natural resources, internet service provision to areas that cannot be reached by fiber optics, faster reactions to natural disasters, monitoring the evolution of meteorological variables, better fire risk index and air quality forecasts, coastal monitoring to detect oil spills, border control, scientific research, and the provision of navigation or geolocation services.

The successful implementation of these transformations could substantially increase both the size and the impact of the space industry on the rest of the economy and society.