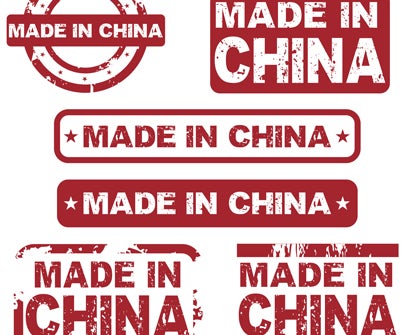 How to Take Advantage of the Benefits China is Offering LAC

The complexities of the growing economic and political relations between China and Latin America and the Caribbean: trade, loans, investments.

In China’s Evolving Role in Latin America: Can It Be a Win-Win?, Enrique Dussel Peters explores relations between China and Latin America and the Caribbean (LAC), the importance of appropriate strategic planning, and the measures necessary to ensure the connection is beneficial for both parties.

He emphasizes China’s fundamental role in the global economy as the world’s largest exporter, the most dynamic importer, and the second-largest source of foreign direct investment (FDI). He also draws attention to the unusual fact that the public sector controls 50% of the gross domestic product, including ownership of both local and multinational companies.

The author identifies four trends in the linkages between China and LAC:

First, he outlines China’s strategy, including long-term goals based on the presence of abundant natural resources in LAC, with specific areas of cooperation such as trade, investment, infrastructure, and energy. This strategy has led to visits from Chinese delegations and high-level officials to countries in the region, as well as to their involvement in multilateral agencies such as the Inter-American Development Bank (IDB) and the Economic Commission for Latin America and the Caribbean (ECLAC). The First Ministerial Meeting of the Forum of China and the Community of Latin American and Caribbean States (CELAC) has also taken place, at which the plan for 2015–2019 was outlined, with a focus on growing trade and investment.

Second, the paper describes China’s capacity for providing “turnkey projects” (a group of products in one package) in LAC that include trade, financing, investments, and supporting services, as a result of the public sector’s presence in its economy. Since 2000, LAC has increased its trade with China significantly, with a deficit balance for the Caribbean, Central America, and Mexico, while exports to China are more concentrated than LAC’s total exports. Likewise, the economic importance of LAC for China has increased, as the former has become an important supplier of raw materials. In addition, China has increased its FDI flows in several countries in the region. This FDI comes from Chinese public enterprises and is oriented toward the acquisition of raw materials.

Third, the paper shows that China has committed to loans for specific energy and transport infrastructure projects in the region.

Fourth, it highlights the fact that LAC and China share a deep cultural relationship, which is evident in the growing educational exchange programs between the two and in conventions for the promotion of Mandarin Chinese in several countries in the region.

In this context, the author concludes by pointing out the importance of improving the institutional capacity of LAC countries and China’s knowledge of them. He stresses that while China is showing its strategy towards LAC, the region has not committed to understanding the Chinese political system or China’s business, investment, and education initiatives. In this regard, he made certain policy recommendations to enhance linkages between the two.

The value of the document resides in the fact that it reveals concisely the implicit complexities in LAC’s relationship with China as long as this characterized by a lack of knowledge, and the need to take on both national and regional actions for this link to benefit both parties.